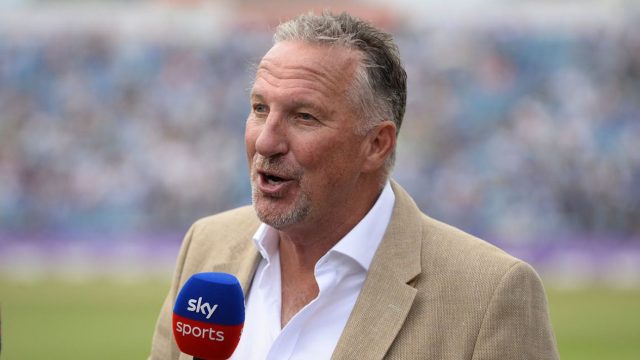 England rested some of their key players and kept rotating them, to manage the workload of players. As a result, they lost the India Test series 1-3 and missed out on qualifying for the WTC final. The Joe Root-led team’s rotation policy has been severely criticized by others in the past as well.

“I am not sure we are picking the right players. Rotation, I think, is the biggest load of b******s of all time. Absolute garbage. I tell you what, I would like to have seen someone say to me when I was playing “well done, but you’re having a rest next game”. Err, no I’m not. Bowl, get fit and stay fit by bowling,” Botham wrote in The Daily Mail.

They got what they deserved: Ian Botham

Botham also slammed England’s decision to go for a draw instead of trying to chase down 273 on Day 5 of the Lord’s Test match against New Zealand.

“I think our batting is a big worry. Last month, England had a great opportunity at Lord’s when they were given the opportunity of a last-day run chase against New Zealand. People had been waiting for months and months to see live sport and to go out and bat like that in the final innings with no intent was appalling.”

“I thought ‘you guys need to wake up a bit, you rely on the public’. Their reason for why they didn’t do it was because Jos Buttler and Ben Stokes weren’t playing. Excuse me. That gives a chance for someone else to come through. I thought it was very weak. They got what they deserved in the end, to be quite frank,” the former all-rounder added.