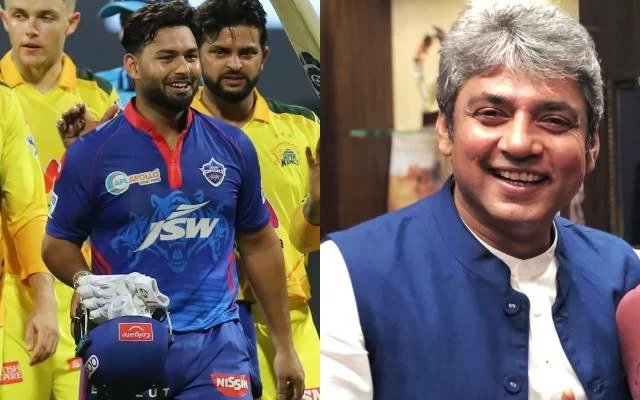 Former India cricketer Ajay Jadeja thinks Rishabh Pant was defensive as a skipper which allowed Rajasthan Royals to get away with the match last night. At one stage it seemed DC would comprehensively win the match but the charge of David Miller turned the match. Jadeja believes Pant needed to being one of his main bowler against Miller in the 13th over but he gave it to Marcus Stoinis which changed the momentum of the match.

Stoinis went for plenty and that over gave a boost to the Rajasthan Royals innings and eventually they were able to chase the target in the final over. Ajay Jadeja scrutinised Pant the captain as he didn’t give Ashwin the 4th over when he was bowling brilliantly. He added by bowling the likes of Tom Curran and Stoinis, Pant allowed RR to come back in the contest which proved to be game-changing.

“That over [13th, by Marcus Stoinis] kickstarted the chase for Rajasthan Royals. Before it, the scoreboard read 55-5. [Kagiso] Rabada, Avesh Khan, Chris Woakes, and R Ashwin, all main bowlers had bowled their 3 overs. When they were bowling, the game was different. I believe you should have bowled your main bowlers some more. The game began to tilt in that over”, Ajay Jadeja said while speaking with Cricbuzz.

“The mistake was that he [Rishabh Pant] switched to defensive style from attacking. It’s not weird (preserving one over of Ashwin) but it’s a big error. You allowed them to come back into the game by bowling Stoinis and Tom Curran in the middle overs”, Ajay Jadeja added.

Meanwhile, Pant’s inexperience as a captain certainly came to the fore as he wasn’t able to control the gave in the middle over. Ashwin bowled 3 over for just 14 runs and should have given another over against left-handed Miller. However, he tried sneaking in one over from Stoinis which proved to be costly as it went for 15 runs. In the last over when RR needed 13 to win Chris Morris finished the job and chased down the target of 148 with 2 balls to spare in IPL 2021.