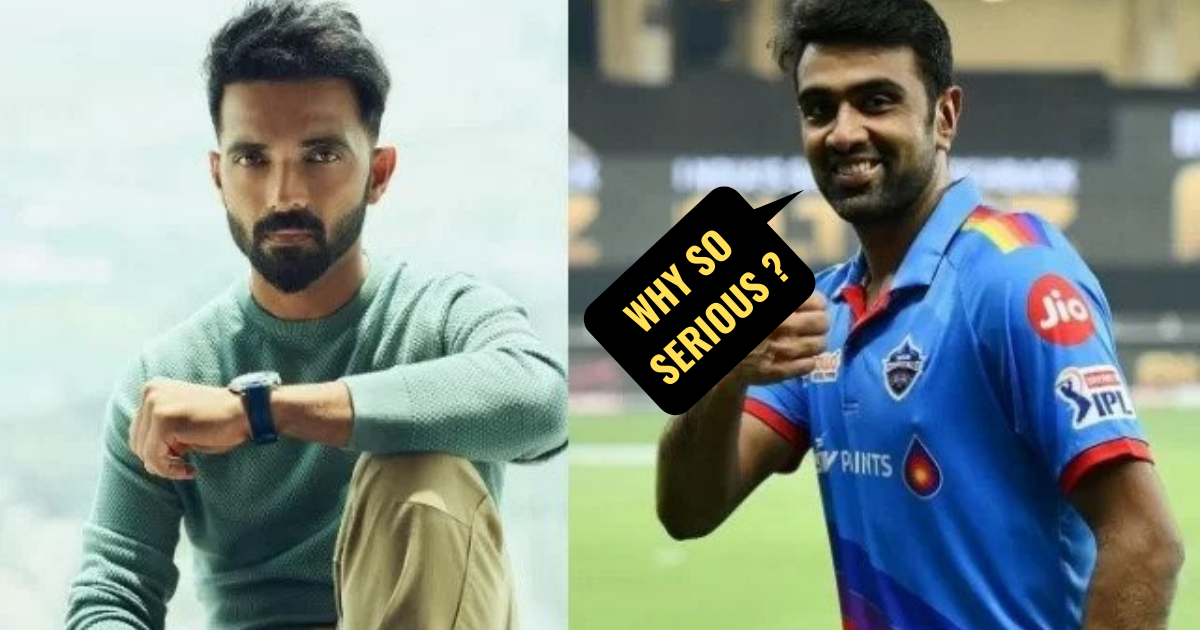 Delhi Capitals batsman Ajinkya Rahane came up with a brilliant reply after teammate Ravichandran Ashwin tried to pull his legs on social media. Incidentally, Rahane and Ashwin are currently part of the Delhi Capitals bubble as they gear up for IPL 2021. The 14th edition of the cash-rich league will commence on April 9 with Mumbai Indians facing Royal Challengers Bangalore in Chennai.

Delhi Capitals will begin their IPL 2021 campaign against Chennai Super Kings on April 10 at the Wankhede Stadium in Mumbai. Rahane will be desperate to do well in IPL 2021 after poor campaigns in the last two editions of the IPL. In 2019, he represented Rajasthan Royals and did not deliver as per his reputation. Consequently, the franchise traded him to Delhi Capitals before the start of IPL 2020. The change of team, however, did not change Ajinkya Rahane’s fortunes.

The right-handed batsman played nine games and managed to score 113 runs. Out of those 113 runs, 60 came in one innings. He scored his runs at a poor average of 14.12 and a strike-rate of 105.60. As he look to make the most of the opportunity in IPL 2021, Rahane looked in good mood and had a sporting exchange with teammate Ravichandran Ashwin on Instagram.

It all began when Ajinkya Rahane took to the social media platform to share an old picture, where he is posing for a photo shoot all dressed up. While Rahane must have been expecting compliments from his fans and friends, Ashwin decided to have some fun.

The Delhi spin spearhead came up with a cheeky comment as he asked Ajinkya Rahane the reason behind his serious look and why was his “million-dollar smile” missing? Rahane, however, had the last laugh as he came up with a smart reply. The star batsman brilliantly credited Ravichandran Ashwin for his smile and wrote that it “comes with you in the bubble”.