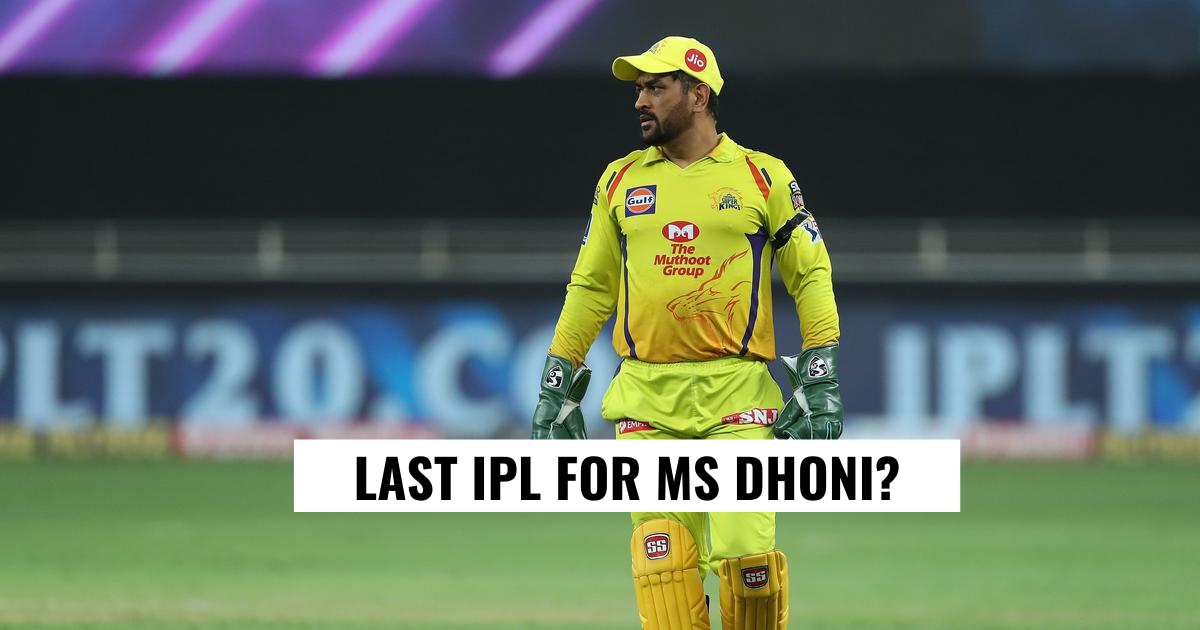 Chennai Super Kings skipper MS Dhoni has reached the twilight of his cricketing career. Ever since he announced retirement from international cricket in August 2020, speculations were on an all-time high that he might bid farewell to competitive cricket after IPL 2020 in the UAE. However, Dhoni himself confirmed that he will return for IPL 2021 and lead Chennai.

During Chennai Super Kings’ last match in IPL 2020, MS Dhoni answered with a firm ‘definitely not’ when commentator Harsha Bhogle asked if IPL 2020 was the last for him in a CSK jersey. A couple of months later, the former India skipper has once again turned up for his favourite Chennai side as the franchise look to bounce back from their poor season in the last edition where they finished seventh and failed to make it to the playoffs for the first time in history.

As he gears up to lead CSK once again this year, the Chennai Super Kings CEO Kasi Viswanath has confirmed MS Dhoni is likely to continue playing for the franchise after 2021 and that they are not looking at anyone as his successor as captain.

“See, I don’t think it is going to be his final year. This is my personal view and I don’t think we are looking at anybody now,” CSK CEO Viswanathan was quoted as saying by The Indian Express.

After enduring a poor season in the UAE where MS Dhoni managed only 200 runs from 14 innings at an average of 25 with no fifties under his belt, the veteran wicket-keeper batsman will be desperate to hit the grounds and lead the side from the front. While Dhoni’s form will be crucial for the team’s chances, the return of Suresh Raina and the addition of all-rounders Moeen Ali and K Gowtham will add firepower to their batting line-up.

Chennai Super Kings will begin their IPL 2021 campaign against Delhi Capitals on April 10 (Saturday) at the Wankhede Stadium in Mumbai.