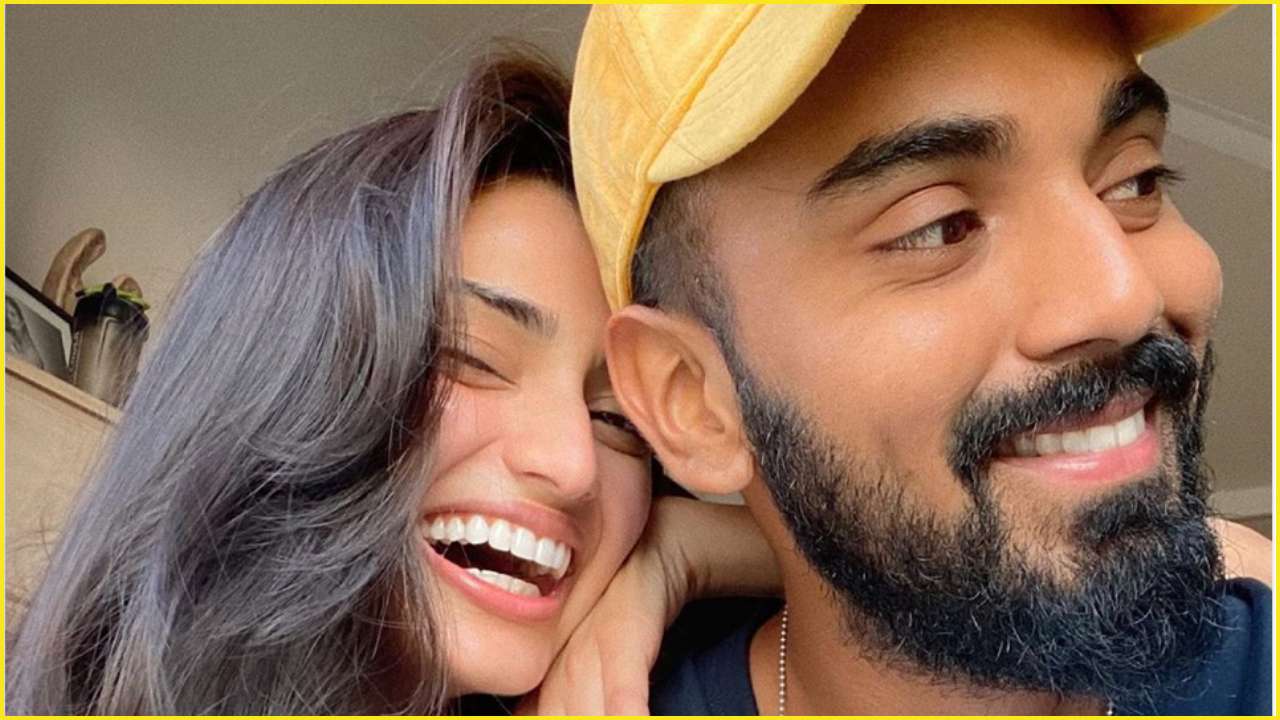 KL Rahul is celebrating his 29th birthday today and later tonight his side Punjab Kings will take on Delhi Capitals in match 11 of IPL 2021. Rahul has been getting heaps of wishes although the day which is preparing him for the big battle later tonight. Among all the messages that he has received nothing has been better than the one from his girlfriend Athiya Shetty.

Athiya shared two lovely mirror selfies featuring herself and KL Rahul while wishing the star player a very happy birthday and mentioning that she is lucky to have him in her life. She captioned the selfies as, “grateful for you, happy birthday.” 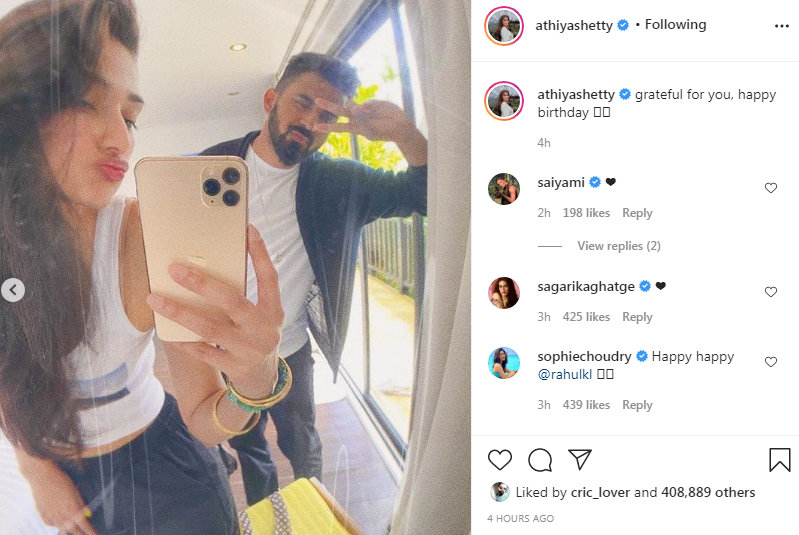 Along with Athiya, KL is pretty close with her family too. The same can be deduced by the fact that Athiya’s brother, Ahan Shetty also shared an airport picture with KL Rahul on the gram and wrote, “Happy Birthday.”

Meanwhile, KL Rahul’s Punjab Kings are in for a crucial battle against Delhi Capitals later tonight in Mumbai. Punjab narrowly won their first game against Rajasthan Royals by four runs and lost their next game against Chennai Super Kings. Rahul scored a 91 against Royals and then only five against CSK.

Death bowling has been one of the major concerns for Punjab in the last few editions of the tournament and the game against the Royals was another example of the same.

Both teams in the past have shown the habit of letting it loose after a good start. Delhi’s loss against Rajasthan Royals and Punjab’s loss against CSK have proved just the same. In this match, the consistency of both teams will be tested.

While KL Rahul and Mayank Agarwal continues to be their premier scorers, Chris Gayle has not been at his best in the first two games. They have the likes of Dawid Malan and Moises Henriques and Chris Jordan in the line-up who can be able replacements in the side. It will be really interesting to see if they would like to make any changes to the playing XI.