His Indian teammate Shardul Thakur took four 61 as the duo tracked down the batting line-up. India need another 324 runs in the final day’s play from 98 overs at the Gabba provided rain does not interfere.

UPDATE – Due to persistent rain, play has been abandoned on Day 4.#AUSvIND pic.twitter.com/Q6kOIOpgWY

The Australian openers David Warner (48) and Marcus Harris (38) added 89 before Shardul Thakur provided India their first breakthrough in the second innings dismissing Harris. David Warner took an aggressive approach to his innings and scored a brisk 48 before Washington Sundar accounted for his wicket bowling around the wicket. The ball pitched in line and headed straight to the stumps. Warner chanced a review but it worked against him.

Steve Smith (55) and Marnus Labuschagne (25) then forged a 32 run stand before the Aussies lost two quick wickets of Labuschagne and Matthew Wade (0) as they headed into the lunch break at 149 for 4. Smith went past his fifty in the post-lunch session and broke a few records in the process. He was dropped by Siraj just before he reached his fifty and but was dismissed by the pacer on 55. The Australian scorecard read 196 for 5 with the dismissal of Smith.

The Australian tailenders then stayed put in their quest to extend the lead as far as possible. Cameron Green (37), Tim Paine (27), Pat Cummins (28*) and Nathan Lyon (13) came up with important contributions as the Indian bowlers kept trying for wickets.

Also Read: Steve Smith Gets Past The Greats At The Gabba

Both Siraj and Shardul were persistent in the post-lunch session, They shared nine wickets amongst themselves while Sundar picked up Warner and Natarajan went wicketless in the second innings. Shardul dismissed Harris, Green, Paine, and Lyon. Siraj, on the other hand, dismissed the likes of Smith, Labuschagne, Starc, Wade, and Hazlewood.

Rohit Sharma hit a sumptuous cover drive to start the Indian second innings before rain played spoilsport to end the day’s play. With all their wickets intact, India need another 324 runs to win off 98 overs in the final day at The Gabba. Australia, meanwhile, also are well placed to win the game and prevent their unbeaten record at the venue since the last 31 years. 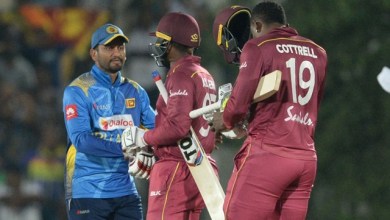