Ravichandran Ashwin turned anchor on the day three inexperienced Indian players stood tall at The Gabba which has been Australia’s fortress in Test cricket for over 30 years. T Natarajan, Washinton Sundar and Shardul Thakur played critical roles on day three of the fourth Test to hand India the advantage at stumps after the days play. While all three bowlers picked up three wickets each, Shardul and Sundar entered the record books with the bat later in the day.

After the day’s play Ravichandran Ashwin spoke to all three of them asking their opinion about the day’s play and on their individual performances. The video was shared on BCCI’s official Twitter handle gave a bright insight into the minds of the cricketers.

Ravichandran Ashwin Anchors At The Gabba

Also Read: Washington Sundar’s Father Reacts After Impressive 62 on Debut From His Son

He started by asking Shardul Thakur about his maiden Test fifty to back-up his three-wicket spell with the ball. Ashwin asked Shardul to describe his Vivian Richarsdesque cover drives that he played during his knock.

“I haven’t practiced those, but you know its one of the days where I was batting really well and didn’t want to miss any opportunity,” Shardul told Ashwin.

Ravichandran Ashwin then turned to Washingon Sundar and asked to share his thoughts on his Test debut.

“Three wickets with the ball, Steve Smith’s wicket to start your Test career with and fifty with the bat, Test cricket must be easy right?” Ashwin pulled Sundar’s legs during the candid interview.

Ashwin translated the answers of Natarajan after he shared his thoughts on his Test debut. Staring as a net bowler, The left-armer made his Test debuts in all formats of the game for his country.

Meanwhile, Washington (62) and Shardul (67) took the Australian bowlers to the cleaners and laid the foundation of a match-changing 123-run partnership for the seventh wicket. They broke a number of records in the process. They added the most runs by any touring Indian side at number seven at the Gabba. 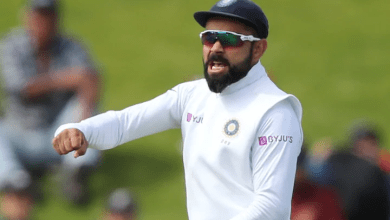