The 4th Test match between Australia and India begins from tomorrow at the mighty Gabba. Ahead of the important test match we bring you all the fantasy Tips, Predicted XI, Top fantasy picks and much more.

Team India once again showed their spirit in the last Test and managed to draw the Test match. It was a brilliant effort from the batsmen and the series is still tied at 1-1. The Indian side will be aiming to make history again and win the series on Australian soil. On the other hand, the hosts will be looking to use the conditions at Brisbane to their advantage and defeat India.

Rain is predicted on 3 days of the Test match which might affect the result. Only on day 1 and Day 3, 90 overs are expected to be completed at Brisbane.

There are a lot of injury concerns for team India and at this stage even forming a playing XI looks difficult. Ravichandran Ashwin and Bumrah are uncertain whereas Ravindra Jadeja has already been ruled out.

As far as Australia is concerned, Will Pucovski has been ruled out due to a shoulder injury and Marcus Harris is likely to replace him in the playing XI.

Rohit Sharma: The star Indian opener holds the key for India at the top as the Gabba pitch is expected to suit his style of play. Rohit Sharma is coming on the back of 50 in the second innings at SCG and should be part of your fantasy XI.

Rishabh Pant: The wounded warrior Rishabh Pant produced a magical inning on day 5 of the third Test. Pant stroked 97 runs in no time and helped India salvage a draw. The exciting batsman has looked in brilliant touch and must feature in your fantasy team.

Josh Hazelwood: The fast bowler bowled a dream spell in the second innings at Adelaide and picked a memorable 5 wicket haul. He was below par at MCG and SCG but Hazelwood is again expected to be Australia’s trump card with the ball, hence he must be part of your fantasy squad.

Steve Smith: The legendary Aussie batsman is back in form and India will have to find a way to dismiss him cheaply at Brisbane. Smith should be the first pick in your Fantasy team as he always saves his best when the series is on the line. 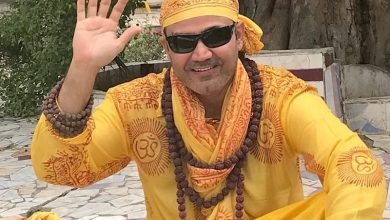