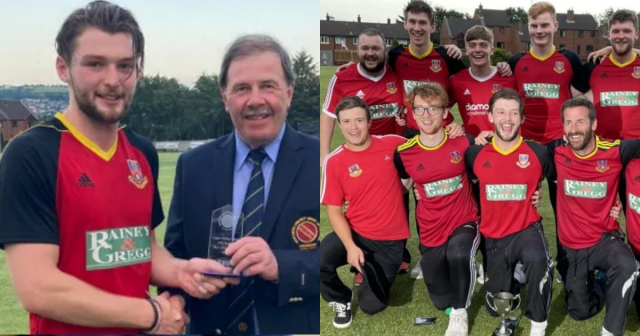 Ballymena cricketer John Glass shocked the cricketing world with his extraordinary knock. The Northern Irish cricket club Cregagh was all set to win the LVS Twenty20 Trophy finals. However, John’s class changed the game by smashing 6 sixes when his team needed 35 runs in the last over.

Northern Irish cricket club Cregagh was in full control playing their first game at home ground. Cregagh was ahead in the match until the 39th over of the game. The Cregagh openers performed brilliantly which helped them reach a decent total of 147 runs. Also, the bowlers did a great job by reducing opponents Ballymena to 113-7.

Meanwhile, in the tough stage of the game stand-in captain, John Glass came for the rescue. Glass was at 51 when the team was struggling in the 19th over. Also, it looked like nobody can save Ballymena from losing the game as they needed 35 runs in the last over. However captain Glass had other thoughts, he came and smashed all 6 deliveries for the maximum. John hit 6 sixes and finished his innings at the score of 87. The crowd at Gibson Park was amazed to see the sensational performance by Glass. John Glass also won the Man of the Match award for actual game-changing innings.

Brothers Sam Glass and John Glass were brilliant in the finals