The Bangladesh vs New Zealand series seems in jeopardy after The Tigers’ spin bowling coach Rangana Herath tested COVID positive. As per reports in ESPN Cricinfo, Herath developed mild symptoms and the entire team has been asked to go under three-day mandatory quarantine.

This happened after eight other players from the Bangladesh team were also put into isolation with another person from their flight to Christchurch having tested positive. The rest of the squad has started training in Lincoln. This was mandated by New Zealand health authorities, with the players initially part of a managed isolation protocol. 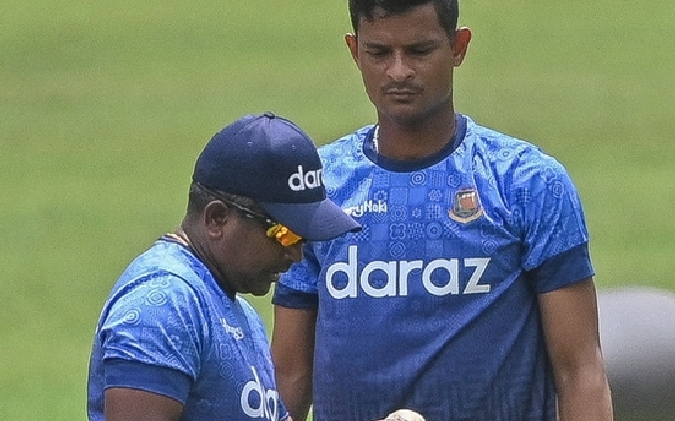 The BCB CEO Nizamuddin Chowdhury has given a statement following Herath testing positive.

“We’re maintaining the existing protocols. We will get a clear picture tomorrow (December 17) as they have taken a few samples today and the results are due. Since the players are isolated, hopefully, no other complications will arise. This is part of the new reality” Chowdhury said.

The Tigers head into this series following a Test series loss against Pakistan by a margin of 2-0 at home. Bangladesh have been pegged back as Shakib Al Hasan has opted out of the series due to personal reasons.

The Kiwis head into this series on the back of a Test series loss against India in India.