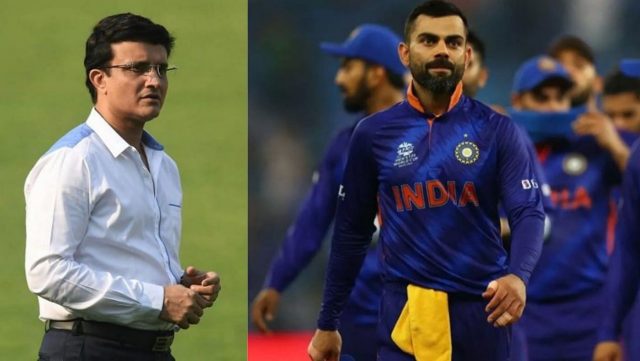 BCI President Sourav Ganguly was seemingly unhappy with India’s performance in the recently concluded T20 World Cup. India were knocked out in the league stage after defeats to Pakistan and New Zealand. In the process, India’s quest for their next ICC trophy continues. India won their final three games against Afghanistan, Scotland and Namibia.

Sourav Ganguly’s comments came while talking to journalist Boria Majumdar on his show “Backstage with Boria”. In reply, he said that the Indian team played to only 15 percent of their abilities.

Team India Did Not Play With Freedom: Sourav Ganguly 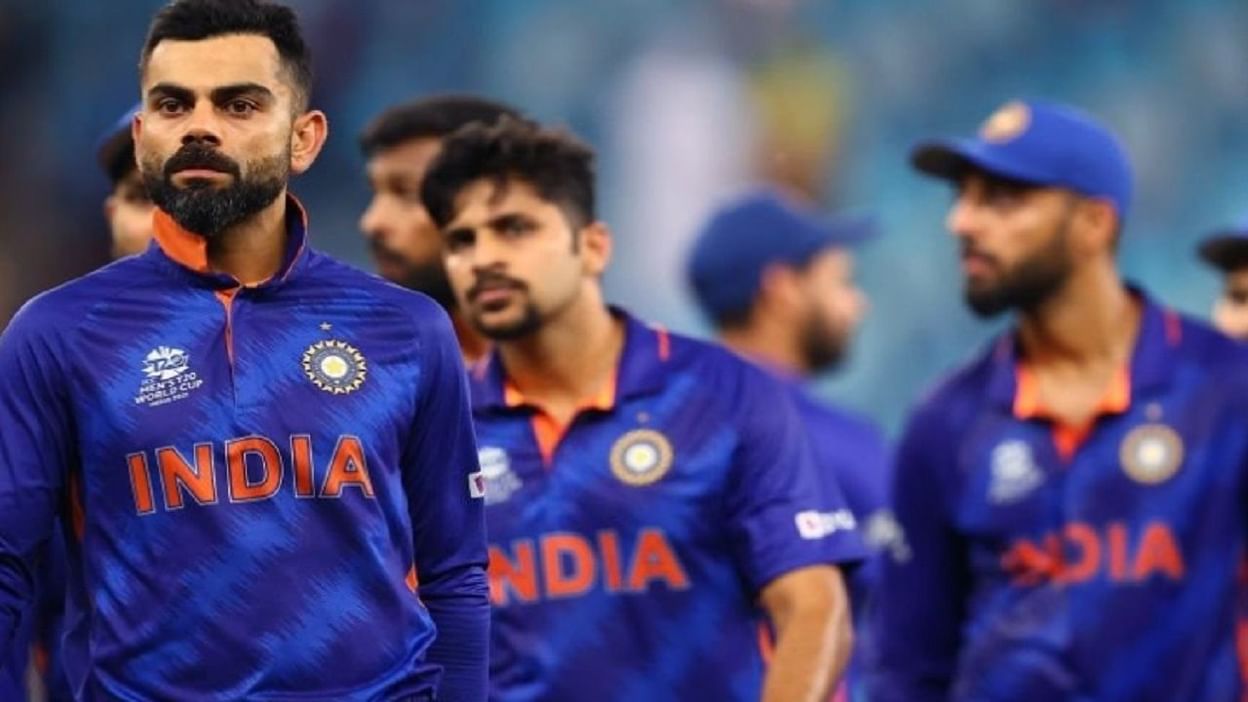 “To be honest, 2017 [and] 2019, I think India was good. 2017 Champions Trophy we lost the final to Pakistan at the Oval, I was a commentator then. Then the 2019 World Cup in England, we were exceptional right throughout, beat everyone and lost to New Zealand in the semi-final – one bad day and the entire good work for two months was just wiped away. [I am] a little disappointed with the way we played this World Cup. I think this has been the poorest of all what I have seen in the last four-five years.”

Carrying on Sourav Ganguly said that the Indian team did not play with freedom in the tournament. India lost to Pakistan by 10 wickets and against New Zealand by 8 wickets. The two big losses were big setbacks for the team which dominated world cricket until the 2021 ICC event.

“I don’t know what’s the reason but I just felt they did not play with enough freedom this World Cup. Sometimes it happens in big tournaments, you just get stuck and when I saw them playing against Pakistan and New Zealand – I just felt this was the team which was playing to 15% of its ability. And sometimes you can’t just a finger on it that this is the reason why it happened.”

Here’s ⁦@SGanguly99⁩ on the T20 World Cup and India’s performance- what went wrong and the way ahead. ⁦@BCCI⁩ will be discussing it at the AGM today. ⁦@RevSportz⁩ more in the evening. Can we expect a WIPL announcement soon? Will it be a reality? Sourav on WIPL. pic.twitter.com/Hsubx3TymP

The next ICC T20 World Cup will be played in Australia in 2022, and the BCCI President is hopeful of the team playing a lot better in the next T20 World Cup.

“Hopefully, they’ll learn from it because see, the difference from my generation and this is that [now] there’s a world title tournament every year. The next cycle will have eight tournaments in eight years. So, it will be an opportunity for them to turn things around and hopefully in Australia this team will play a lot better. The talent is without any question, the ability of players is without any question, it’s just that I felt the execution in this World Cup wasn’t good.”