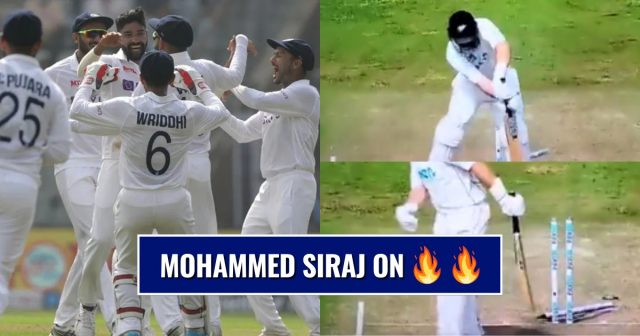 Mohammed Siraj gave the Kiwis early heartbreak after India were bowled out for 325 in their first innings. It was Ajaz Patel who to0ok all 10 wickets for the Kiwi and it is Siraj qho has taken all the three wickets to fall so far for the visitors. The Test match has moved at a very fast pace on the second day and has ebbed and flowed throughout.

Will Young (4) was Siraj’s first wicket followed by Tom Latham who was dismissed after being set up beautifully by the Indian pacer. Ross Taylor was Siraj’s third wicket as the experienced Kiwi batter was squared up totally.

The ball pitched on a good length and nipped away just that little bit to take the top of off. The Kiwis losing Taylor with Kane Williamson not in the playing XI is a body blow for the visitors. 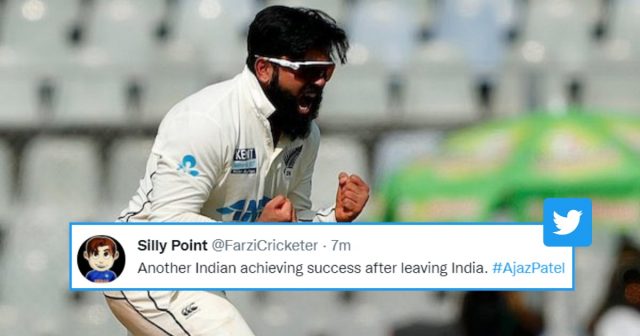 They are three wickets down and still trailing by a huge margin. Earlier in the day, Ajaz Patel took all 10 wickets to create history. He became the only third bowler in the format to take all 10 after Jim Laker and Anil Kumble.

“He Is Very Good As Commentator, But In The Team, I Wouldn’t Pick Him”...