Virat Kohli and Ben Stokes are two of the whole-hearted modern-day cricketers who put their bodies on the line for the success of their respective teams. Key components of their team in all three formats, both the players have matchwinning abilities. While Kohli had regained his lost form in the T20I and the ODI series, Stokes seems to have lost his touch. Come the second ODI, both these players will have to be at their best for their respective national teams.

Meanwhile, in an interaction with ESPN Cricinfo, Ben Stokes has shared his thoughts on Virat Kohli and how he is as a person on and off the field. While Kohli and Stokes have been seen in heated conversations on the field, off the field both have been good mates. 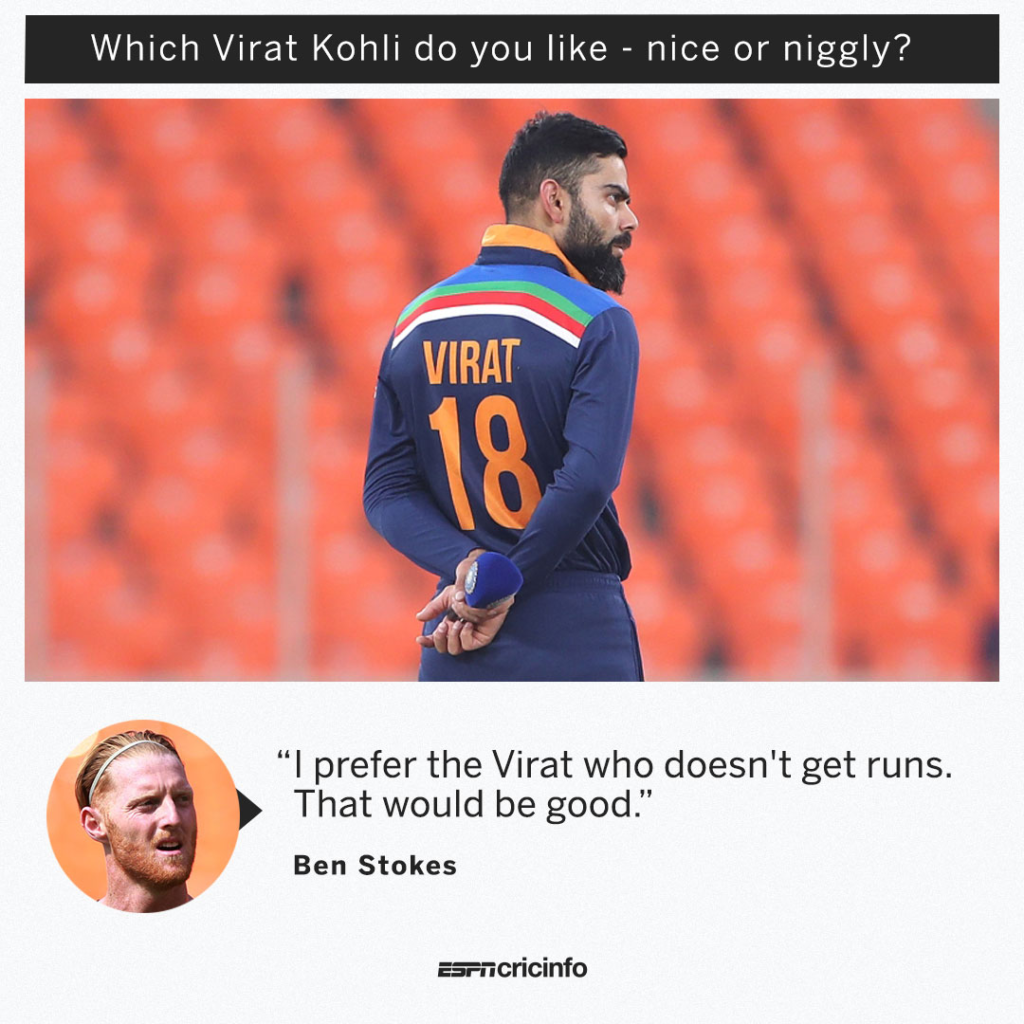 On being asked what version of Virat Kohli does he like, Ben Stokes replied saying that he likes the version of Kohli who does not score runs. Kohli is the only one among the modern Fab 4 to reach the milestone of 10000 runs in ODIs. He is also close to leading the charts in Test cricket too. Kohli is also the first batsman to score 3000 runs in T20I cricket as well in the recently concluded series.

Also Read: Ind vs Eng 2021, 2nd ODI: All To Win For England Amid Injury Concerns

Kohli and Stokes were involved in a heated exchange on the first day of the final Test match in Ahmedabad. In one of the sessions of play, Kohli backed up his pacer Mohammed Siraj who said that the English batsmen tried to sledge him. Siraj had Kohli’s back as he jumped into the fight and defended his Indian teammate.

The conversation soon became lively as both Stokes and Kohli looked fired up. The umpires quickly came around the two players to calm them down but both Kohli and Stokes continued to have a go at each other. Stokes and Kohli have a history with each other as both never back down from a fight and are always ready to have a rivalry on the field.