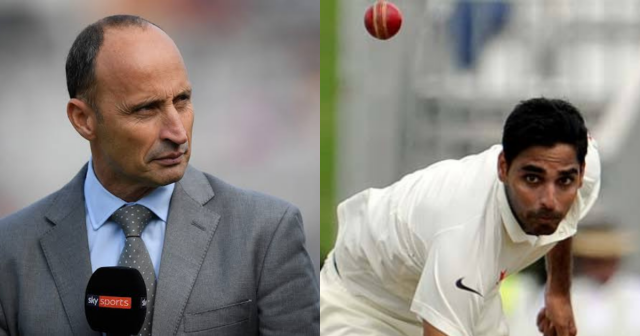 Team India selected a brilliant Fast bowling unit consisting of experienced and young pacers in the line-up while traveling to England for the World Test Championship final against New Zealand and the subsequent England series.

The lineup is filled with bowlers like Jasprit Bumrah, Ishant Sharma, Mohammed Shami, Navdeep Saini, and Shardul Thakur, and reserve bowlers were Prasidh Krishna, Avesh Khan, and Arzan Nagwaswalla. With the huge bowling setup India had, there was a lot of discussion about India’s bowling combination at Southampton. Many fans thought that India might go with 4 Pacers and just one spinner.

All the debates and discussions went in vain after India announced the most predictable Bowling combination Consisting of three Pacers; Ishant Sharma, Mohammad Shami, and Jasprit Bumrah, and two spinners Ravichandran Ashwin and Ravindra Jadeja. India announced this squad a day before and had the opportunity to change the lineup after the first day was washed out due to rain, but India refused to do that and went with the same pace battery.

However, India didn’t perform exceptionally as everybody expected them to in the WTC final against New Zealand where the Blackcaps outperformed India to be crowned as first-ever World Test Champions and win the prestigious Test Mace. Former England captain Nasser Hussain has said that he wants Indian management to fly experienced swing bowler; Bhuvneshwar Kumar to England before the five-match Test series against England starts.

One man who could've taken a couple of wickets at least by now in these conditions.

Bhuvneshwar Kumar was not included in the England tour due to some fitness issues and was instead picked for the white ball series against Sri Lanka. However, looking at the current pace unit of India where other than Mohammed Shami, no other bowler has been able to get a lot of swing, Nasser Hussain feels Bhuvneshwar could be a valuable inclusion to the team’s setup.

“Bhuvneshwar should be called up for the England series. Though he has injury concerns, even if he can play two or three Tests for India, the team will greatly benefit. The conditions will suit him and we all saw how the team is missing a genuine swing bowler,” Hussain said on air during Day 3 of the WTC final at Southampton’s Ageas Bowl.

Nasser Hussain pinpointed a very good thing as Shami was able to pick a four-wicket haul but other than him there was not much in the pitch for Ishant Sharma or Jasprit Bumrah, even though workhorse Ishant picked 3 wickets for 48 runs.

The 31-year-old Bhuvneshwar Kumar has good bowling records in England, he has picked 19 wickets at an average of 26.63 including two five-wicket-hauls in five Test matches. The problem with Bhuvneshwar is that he hasn’t played a First-Class match in the last three years with his last Test dating back to January 2018.

However, he still can make it to the last few Test matches in England after completing the Sri Lanka tour and necessary quarantine but still its highly unlikely that India wants him to come in presence of a very good substitute named Mohammad Siraj who has been in sensational form and was unlucky to miss the final of WTC.