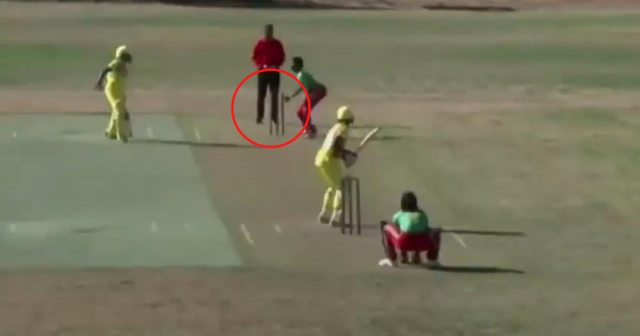 In a strange game between Cameroon and Uganda, 16-year-old Cameroonian bowler Maeva Douma pulled off four Mankad’s in the 20th over of Uganda’s innings. The scenes were surreal as the boler ran out four back to back non-strikers who were guilty of leaving their crease way early. The mode of dismissal involving a Mankad continues to be a debatable one but such was not the case in this bizarre cricket match.

Douma, a right-arm fast bowler, finished with figures of 1/27 from her four overs but what these numbers do not reveal is the fact that she was responsible for a total of five Ugandan wickets to have fallen. It was a T20 World Cup qualifier game between Uganda and Cameroon.

Uganda posted 190 /6 batting first in their 20 overs but had an interesting sequence of events in the fag end of their innings. From 153/1, the side went down to 186/6 courtesy of four back to back mankads.

She first ran out Awino at the non-striker end on 34 with Musamali (59), captain Immaculate Nakisuuyi (21) and finally Janet Mbanazi (5) with what would have been the last delivery of Uganda innings.

A viral video on Twitter shows how Douma pulled off back to back Mankads running four opposition batsmen out.

Cameroon in their chase were bowled out for a paltry 35 with Uagandain bowler Immaculate Nakisuuyi picking up four wickets and Concy Aweko picking three. Cameroon were bowled out inside 15 overs to lose the match by 155 runs.

Meanwhile, the mode of dismissal was first seen in the IPL when Ravichandran Ashwin ran out Jos Buttler in an IPL 2019 game between Punjab Kings and Rajasthan Royals. The debate regarding if it is a fair mode of dismissal is still on with the ICC yet to find an answer to its credibility.