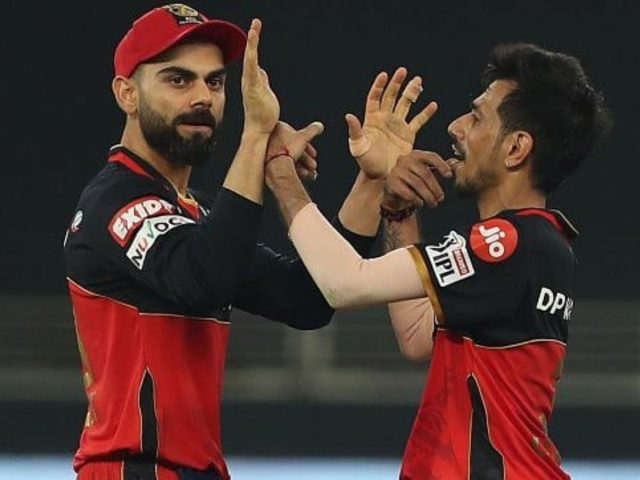 In a conversation with teammate Ravichandran Ashwin on his YouTube show ‘DRS with Ashwin’, Chahal revealed some dressing room secrets of his favourite IPL team. Yuzvendra Chahal revealed that he was very aggressive when he first joined RCB in 2014 and used to get into trouble with the match referee for send-offs to the batters.

“I have known Virat bhaiya since our Under-15 days. We played in Under-15 together for one year… When I joined RCB in 2014, I was a little nervous. He will be standing at covers, fully energetic, as always. I was a youngster and had that aggression in me as well. So in those days, whenever I used to take a wicket, I would charge aggressively towards the batsman. It happened 2-3 times and the match referee complained to Daniel Vettori,” Chahal said.

“In one match, something slipped out of my tongue… I won’t say it here (chuckles). Then Vettori sir came to me and he said, ‘This is not good. You have the potential [only] if you can change this thing. If you want to charge at someone then do it towards covers, Virat stands there, say whatever you want to him, he won’t mind!”

The cricketer from Haryana grew in stature under Kohli and is currently one of the best leg-spinners in the business. Yuzvendra Chahal hailed Virat Kohli for believing in him, backing his plans and field placements, and giving the confidence that youngsters crave for.

“From there I realized that he used to radiate energy with his positivity. And he never tried to change me, in the sense that he never told me ‘Yuzi bowl like this or that.’ We always had two plans but the first would also be mine. He used to ask me to plan however I want to and it really helps you as a bowler. He used to give me whatever field I would ask for… That really gives you a lot of confidence when it comes from a big player like him who’s also the captain,” Yuzvendra Chahal concluded.