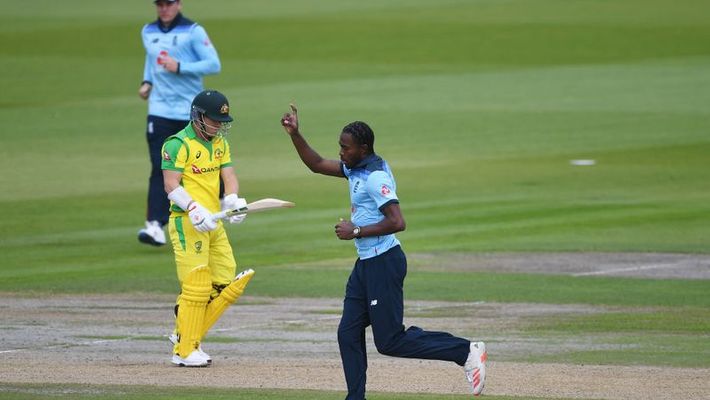 It was a fantastic partnership of 140* that took them over the line for the first time during run chase. Apart from Jofra’s opening spell, Rajasthan’s bowling looked off the radar. The pitch got easier to bat in the second half and that was also one of the reasons for a comfortable chase.

Jofra Archer has got David Warner out 6 times in 2020

Meanwhile, Jofra Archer took his tally of wickets to six against David Warner in 2020. Archer’s stranglehold over David Warner started during the white-ball fixtures between England and Australia before the start of the IPL. Jofra Archer got Warner out four times before removing the Aussie quick in both editions.

Speaking at the end of the game, David Warner opened up on his struggle against the Barbados-born fast bowler.

“I was frustrated in these games when you come against world-class bowlers. There’s bit of swing and there’s bit of seam and you try hard to get through it, but with someone bowling at 150ks, you can’t do much. You can take him on and in my case, I got caught. We saw a lot of dew last night during training, and it came in again,” Warner said.

Meanwhile, with this win, Sunrisers Hyderabad kept their hopes alive in the ongoing IPL 2020. They are currently in the fifth spot with eight points from 10 matches. They will have to win all their remaining games to give themselves a chance of qualifying for the IPL 2020 playoffs.