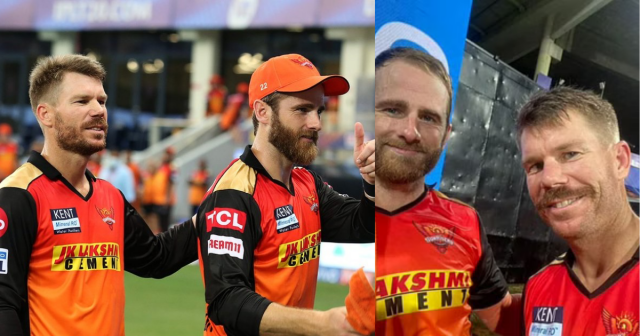 In the recently concluded IPL 2022 Mega-auctions, Delhi Capitals bought Australian opener David Warner for Rs. 6.25 crores. With his addition, DC will now be able to put together a dangerous left-hand and right-hand opening pair of David Warner and Prithvi Shaw.

As Warner’s 8-year tenure with SRH comes to a close, he wrote a touching message for his friend and teammate Kane Williamson on Instagram. Warner stated that he will miss the company of current Sunrisers Hyderabad captain.

“Going to miss my breakfast time with the Williamson’s and I will miss playing cricket with you brother!! #bromance #cricket #friends @kane_s_w (SIC),” Warner wrote.

David Warner and Kane Williamson developed a fantastic relationship while playing together in the orange jersey. In the middle of the 2021 season, Kane had taken over as the SRH captain replacing Warner.

Warner has scored 5,449 runs in 150 IPL games, including four centuries and 50 half-centuries. In IPL history, no overseas player has more runs than him. Warner started his IPL career with the Delhi Daredevils, where he played from 2009 to 2013, before joining Sunrisers Hyderabad.

During his stint with SRH, the Australian opener won the Orange Cap thrice. In 2016, he even guided the Hyderabad franchise to their lone IPL triumph.

The IPL 2022 season is expected to kick off in the final week of March.