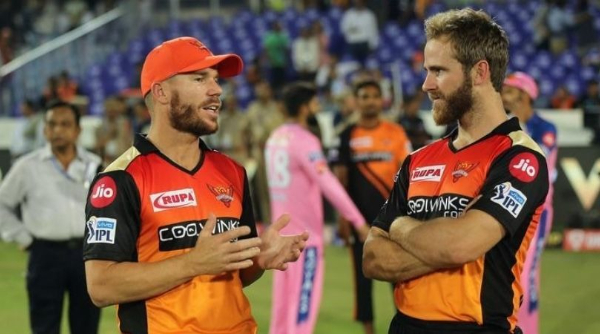 The Orange Army and Kane Williamson’s association has been long and a fruitful one, given that in the absence of David Warner in 2018, it was Kane Williamson who led the charge for Sunrisers. Eventually taking them to the finals of the tournament where they lost against MS Dhoni’s Chennai Super Kings who were making their comeback into the league after getting suspended for 2 years.

In the 2020 IPL season, David Warner and Kane Williamson both played a key role in Sunrisers Hyderabad finishing 3rd in the cash-rich league as they were defeated by the Delhi Capitals franchise in the 2nd qualifier.

Kane Williamson will not be going anywhere: David Warner

With the 2021 IPL most likely to enter into a mega auction, there has been scrutiny revolving around Williamson not being retained by the Sunrisers Hyderabad franchise, though even before this Warner clarified that the Kiwi Skipper will be retained, this time again he has laid down a clarification on the same topic.

A Twitter user queried Warner if the Sunrisers franchise are looking to trade Williamson in a pre-season transfer and needed some clarity over the Kiwi’s participation in the 2021 season for the Sunrisers Hyderabad franchise.

To which David Warner replied saying he has clarified on this previously and further went on to clarify again that Kane Williamson won’t be going anywhere from the Sunrisers Hyderabad franchise.

Also Read: 5 Cricketers Who Coached The Same Team They Once Played For In IPL

First I have heard of this. Kane will not be going anywhere https://t.co/FokAQLJsmC