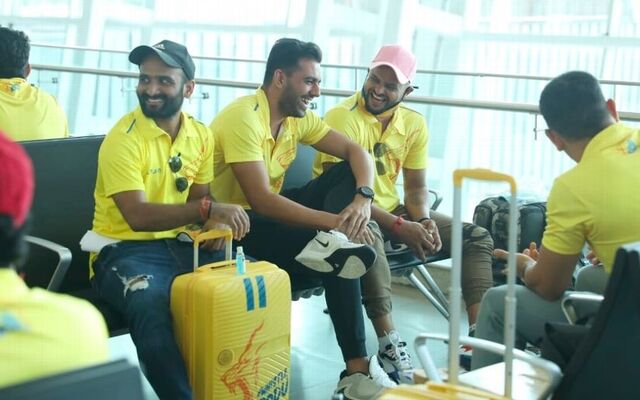 Chennai Super Kings have been the most debated franchise ever since the teams landed in the UAE to play Indian Premier League (IPL). 13 members of the squad including two cricketers – Deepak Chahar and Ruturaj Gaikwad tested COVID-19 positive. On top of that, star campaigners Suresh Raina and Harbhajan Singh pulled out of IPL 2020 owing to personal reasons.

The three-time IPL champions began their training a couple of days later as they had to remain in self-isolation. And now, fast bowler Deepak Chahar has also recovered from the novel coronavirus and has joined the squad.

As per the IPL’s protocols, those testing positive would need to undergo two-week quarantine followed by two further tests. Once the results for those two tests are negative, the person can rejoin the set-up.

CSK CEO Kasi Viswanathan stated that all the members excluding Ruturaj Gaikwad have tested negative twice. He also said that this individual was still under quarantine but was “fine with no symptoms”. This player is expected to finish his quarantine on September 12.

“Except for the Indian batsman, who is in quarantine, all others have come out. The Indian fast bowler has tested negative twice and is back,” Viswanathan told ESPNcricinfo.

It is a massive development for Chennai Super Kings after a difficult last week. However, Deepak Chahar will have to undergo further fitness tests, including a cardio test, put in place by the BCCI’s medical team before he starts training, confirmed Kasi Vishwanathan.

Moreover, the franchise is yet to announce replacements of Harbhajan Singh and Suresh Raina. But Raina is likely to make a comeback and has shown hints.

The MS Dhoni-led side will begin their IPL 2020 campaign against defending champions Mumbai Indians on September 19 at the Dubai Internation Stadium.