The moment of truth has finally arrived as BCCI has finally announced the official schedule of IPL 2020. Due to the COVID-19 pandemic, the cricket board had to wait and decide on a suitable schedule for IPL 2020. Earlier the BCCI had revealed that the 13th edition is all set to be played in the United Arab Emirates (UAE) from September 19- November 10.

All the 8 franchises have previously arrived for the upcoming season and at all time being in a bio-secure bubble. The likes of Kings XI Punjab and Rajasthan Royals have already commenced their outdoor training following the completion of their 6 day quarantine period in Dubai.

Meanwhile, BCCI was constantly in discussions with the Emirates Cricket Board (ECB) regarding the schedule, inter-city travel protocols. Finally, two boards came to a middle-point in a meeting after the intervention of ECB Chief Sheikh Nahyan bin Mubarak.

Eventually, after diverse assumptions and speculation, the BCCI has finally released the schedule. All the matches this year will be held across 3 venues which are Abu Dhabi, Dubai and Sharjah. Also, the 13th edition is all set to be the longest ever as it will be concluded in 51 days and the final of the league for the first time will take place on a weekday (Tuesday) on November 10.

The season will kickstart on 19th September in Abu Dhabi with a blockbuster clash between defending champions Mumbai Indians and Chennai Super Kings.

After the tournament opener on Saturday, Dubai will host its first game on Sunday when Delhi Capitals take on Kings XI Punjab followed by the third match on Monday between Sunrisers Hyderabad and Royal Challengers Bangalore.

The IPL action will shift to Sharjah on Tuesday, 22nd September where Rajasthan Royals will host Chennai Super Kings.

Meanwhile, the venues for the playoffs and the Dream11 IPL 2020 final will be announced later. 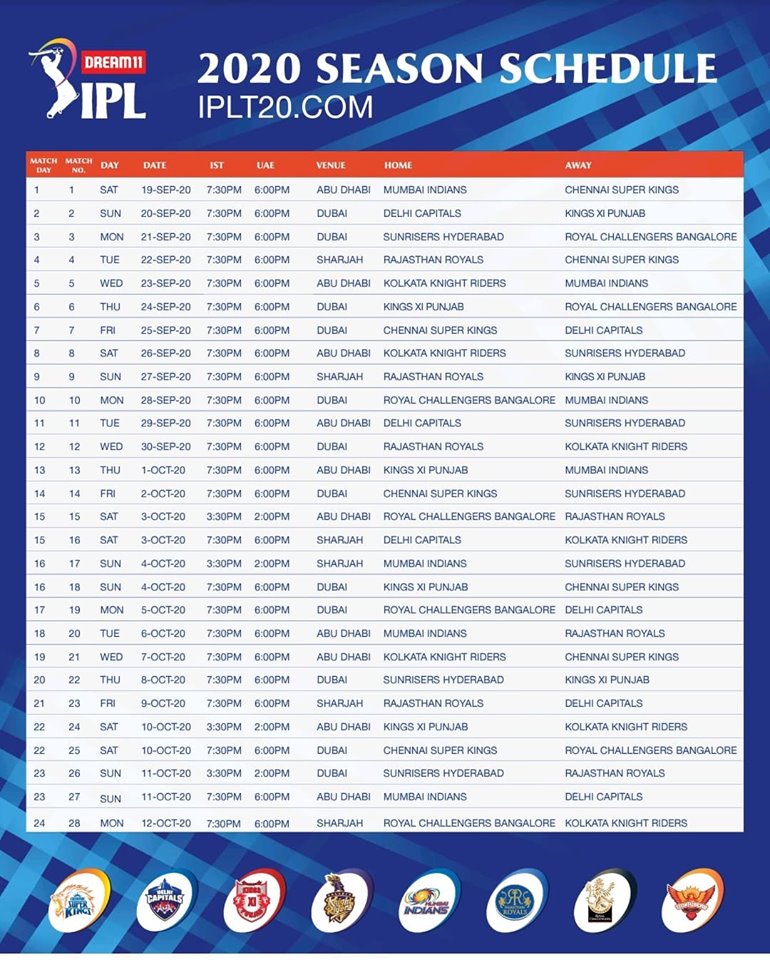 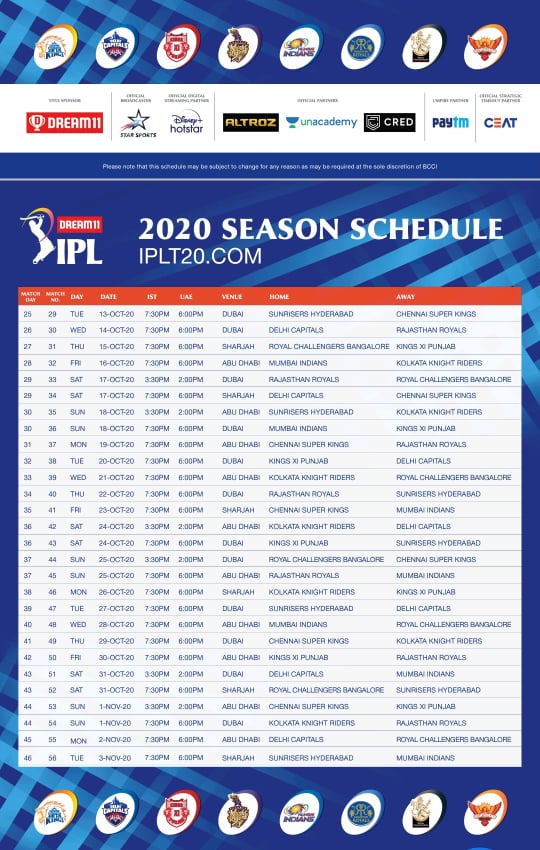