Deepak Chahar is presently one of the most talented bowlers in Indian cricket. The right-arm pace bowler made history when he recorded the best bowling figures of 6 for 7 in T20Is. The 28-year-old is now often picked in India’s T20I squad and is one of the prime contenders to be part of the 2021 T20 world cup in India.

Recently, Deepak Chahar was in the news when Wikipedia did a massive blunder and published the wrong age of the cricketer. The fast bowler from Agra was even trolled by his sister Malti which left everyone in splits on social media. According to Wikipedia, Chahar is 48 years old which is 20 years more than his actual age.

Deepak’s elder sister Malti Chahar recognised the error of Wikipedia and updated all the fans and Deepak on her official Twitter account. Malti Chahar tagged her brother and update him about his wrong age being shown on Wikipedia. She saw the funny side to it and declared that her brother is the fittest player at 48.

“Thanks to Wikipedia…finally Deepak is elder to me. Fittest player at 48 @deepak_chahar9 @Wikipedia #deepakchahhar”, Malti tweeted.

This comical tweet had everyone laugh out loud as the error from Wikipedia stunned everyone. Coming back to things on the field Chahar sustained an injury while playing for Rajasthan during SMAT 2021. The fast bowler is currently undergoing his rehab at the National Cricket Academy and will e hoping to get fit for the home T20I series against England.

Meanwhile, Deepak Chahar has so far represented India in 3 ODI and 12 T20I matches. The fast bowler has picked a total of 20 international wickets for team India in his brief career. He made a name for himself with his impressive performances for Chennai Super Kings in the IPL. Overall Chahar has played 48 IPL matches in which he has scalped 45 wickets at an average of 28.2 and economy rate of 7.62.

3 Teams That Can Pick Alex Hales In IPL 2021 Auction 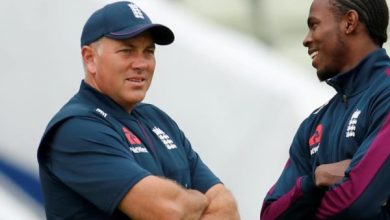 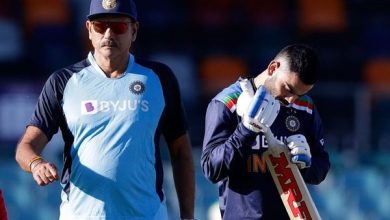 ‘Fittest Player At 48’, Deepak Chahar Trolled By Sister Malti Over Age On Wikipedia