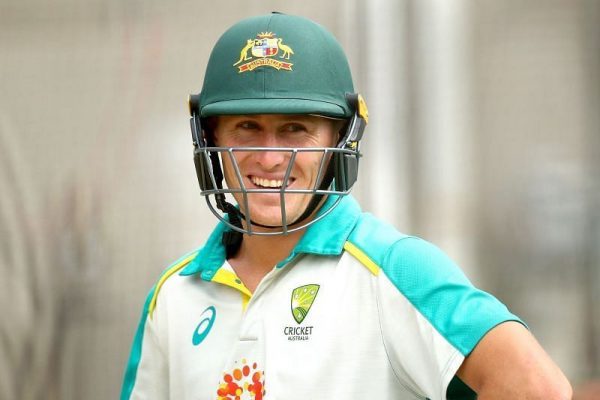 Australia batsman Marnus Labuschagne stole the limelight on day 2 of the 3rd Test at the Sydney Cricket Ground with his constant chirping fielding at the forward short-leg. However, his little banter with Shubman Gill at the fag end of day 2’s play left him disappointed.

In pursuit of Australia’s 338 runs in the first innings, Indian openers gave the visitors a steady start sharing a 50+ runs opening stand for the first time in this series. Rohit Sharma and Shubman Gill looked comfortable and kept Australia’s pace trio at bay which forced Marnus Labuschagne to indulge in a funny banter with Gill to unsettle his concentration.

Marnus Labuschagne first asked Gill who his favourite player was. While Shubman Gill said that he will answer after the match, the gun batsman threw in a few more details by putting in the names of Virat Kohli and Sachiin Tendulkar.

“Who’s your favourite player?” Asked Labuschagne during an over of Mitchell Starc. “I will tell you after the match,” replied Gill.

“After the ball… Sachin? Do you reckon Virat?” Labuschagne further said.

Reacting to the banter after the end of the day’s play, Marnus Labuschagne seemed disappointed failing to get an answer from the young Shubman Gill. However, the Aussie is confident that he will bring the answer out of Gill’s mouth when he comes out to bat in the second innings.

“He didn’t give me an answer, but I’ll get it out of him, don’t worry,” he further added.

Also Read: Wasim Jaffer Takes A Dig At Tim Paine After He Goofs Up With DRS

Meanwhile, speaking about the game, India went from 195/4 to 244 all out. The second new ball did the trick and it was once again Pat Cummins leading Australia’s charge. The world number one bowler finished with impressive figures of 4 for 29 well aided by the fielders who induced three run-outs.

In a major blow for India, Rishabh Pant suffered a blow on his left arm off Cummins and was hurried to get the scans done. Wriddhiman Saha has donned the gloves in his replacement in the second innings.