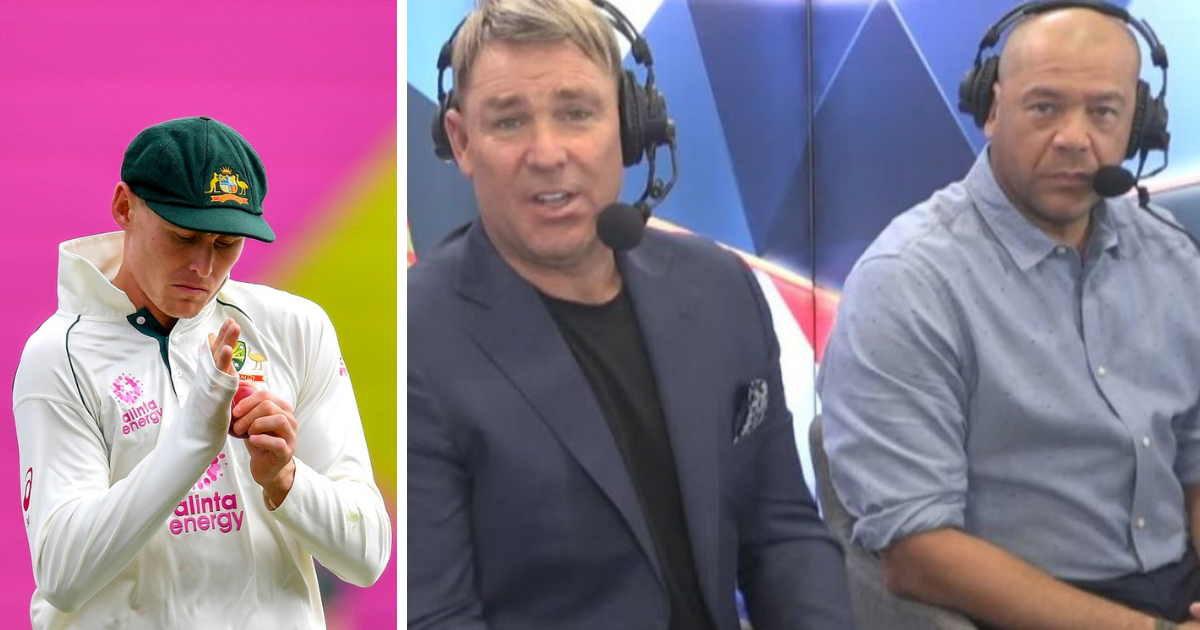 Former Australia cricketers Shane Warne and Andre Symonds were seen mocking Marnus Labuschagne at the end of day 2 of the 3rd Test at the Sydney Cricket Ground. Later, one of Cricket Australia’s broadcast partners were forced to apologise for their derogatory remarks.

Both Warne and Symonds were preparing to commentate for the BBL game between Adelaide Strikers and Melbourne Renegades. However, they were unaware that the feed was live on Kayo, a streaming arm of Fox Sports, with the start of play delayed due to the third Test match between Australia and India still taking place in Sydney.

Shane Warne and Andrew Symonds were heard taking mugshots at Marnus Labuschagne. Although the conversation started on a good tone with Warne suggesting that Labuschagne should be brought to bowl. However, Symonds then referred to “ADD”, presumed to be attention deficit disorder, in relation to Labuschagne, with Warne following up with a swipe at his mannerisms when he bats.

Although both of them ended the conversation with a burst of laughter, but it didn’t go down well with the fans and the former cricketers received a lot of flak on social media. Incidentally, this is not the first time Shane Warne has landed in hot waters with his statements on-air.

Shane Warne: “Give Marnus a bowl.”

Andrew Symonds: “Do something… that or his ADD.”

Andrew Symonds: “You’ll have to give him the hogpile, ‘mate, if you keep that shit up, we’re gonna squash your guts out of your arse.”

Ahh Kayo, thank you for this pic.twitter.com/Jy6PfTpvYK

Also Read: Wasim Jaffer Takes A Dig At Tim Paine After He Goofs Up With DRS

After the footage was posted on social media, Kayo took to the microblogging site Twitter to seek an apology and stated that the stream started earlier than usual which caught some acceptable comments.

Meanwhile, speaking of the game, Australia are on top currently with India trailing by 143 runs in the first innings. Australian bowlers have posed difficult questions with the second new ball but the Indian batsmen have hung in there. The hosts made a superb comeback removing Cheteshwar Pujara and Rishabh Pant in quick succession to have India at 195 for six.