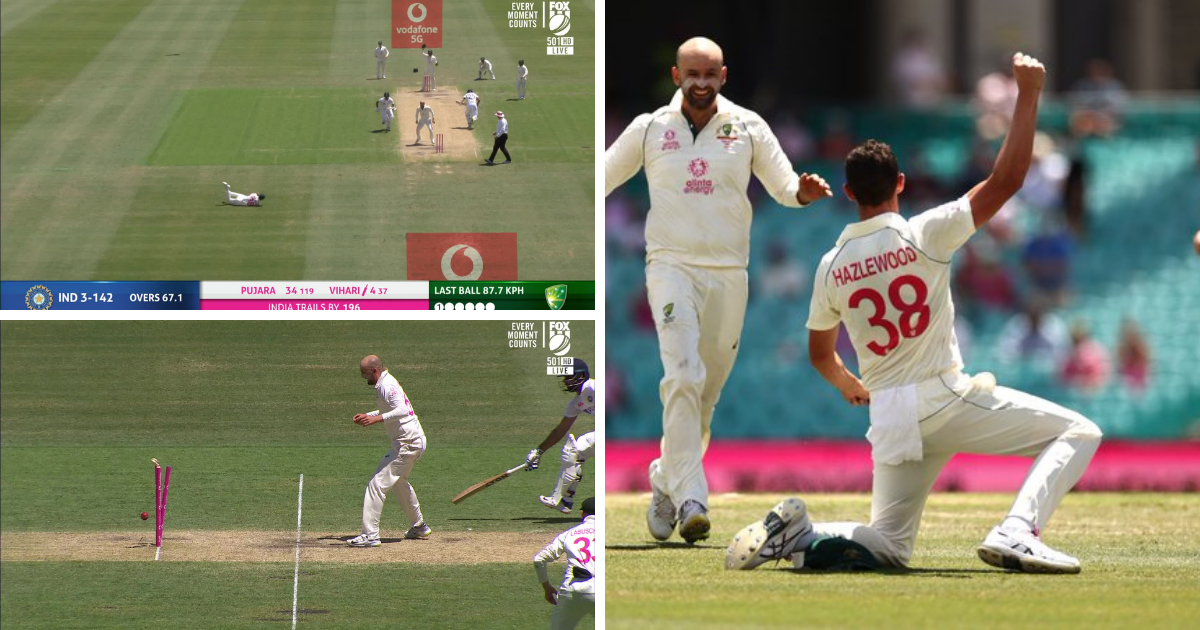 Josh Hazlewood produced a brilliant effort in the field to catch Hanuma Vihari short of his crease on day 3 of the 3rd Test at the Sydney Cricket Ground. With this effort, the fast bowler has put Australia on top as they lead by 185 runs with India reeling at 153 for four.

Starting the day at 96 for 2, Ajinkya Rahane and Cheteshwar Pujara dominated the first hour of the day’s play. Although the runs were hard to come by, they managed to keep the Australian bowlers at bay. They left the ball well while the odd singles came from here and there until an inside edge from Rahane unrattled his stumps off Pat Cummins. The No.1 Test bowler kept hitting the same line consistently and was finally rewarded with a wicket.

Since then, India went into a shackle as runs dried up completely but Indian batters didn’t give chances. They defended the ball well as the Aussie pacers made good use of the short-pitch deliveries. Just when things were looking in Pujara and Hanuma Vihari‘s control, Josh Hazlewood did the unthinkable as Vihari never saw it coming from the fast bowler.

Also Read: Australia vs India 2020-21: Rohit Sharma Trolled After Getting Out Cheaply In Sydney

It was a wicket gifted away to Australia. There was never a run but Hanuma Vihari went for it and paid the price. It was a brilliant bit of work from Josh Hazlewood though. A flighted delivery from Nathan Lyon to which Vihari uses his feet and pushes it firmly towards mid-off.

Josh Hazlewood dived to his right and makes the stop, then hits the bulls-eye at the bowler’s end. Hanuma Vihari started running as soon as he hit it but was still caught way short of the crease. Australia are on top now as they get into the all-rounders and bowlers.

From India’s perspective, Cheteshwar Pujara will have to share a big partnership with Rishabh Pant if the visitors think of taking a first-innings lead. Both of them are due for a big knock and what better place than Sydney, where they notched big centuries when they played here during the 2018-19 Border-Gavaskar Trophy.

What a piece of fielding by Josh Hazlewood, that was extraordinary. pic.twitter.com/Rg8gvVMSrn