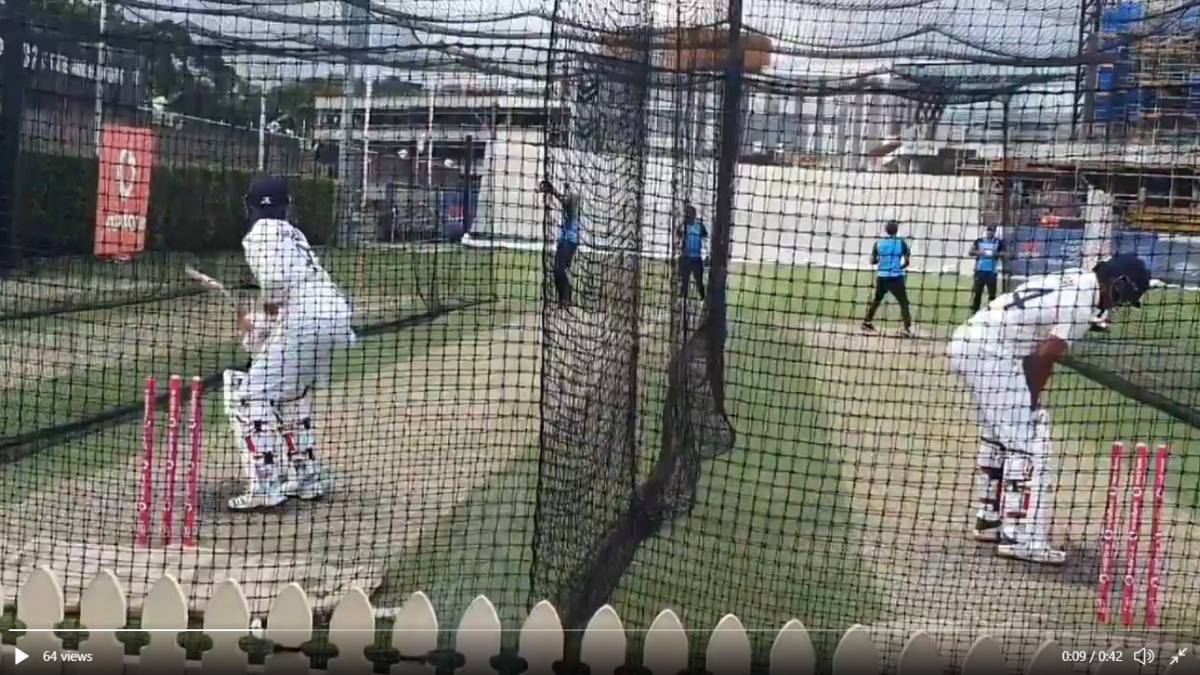 Team India cricketer Ravindra Jadeja and Hanuma Vihari rushed to the nets after day 2 of the third Test against Australia at the Sydney Cricket Ground. Meanwhile, India trail by 242 runs in chasing Australia’s first innings score of 338 runs with skipper Ajinkya Rahane and Cheteshwar Pujara in the middle.

Although India dominated day 2 of the Sydney Test, the hosts have the runs on the board. Steve Smith’s first century of the year after a poor lean in the ongoing series backed by Marnus Labuschagne’s 91 powered Australia to 338 runs – which is also their highest total in the ongoing Border-Gavaskar Trophy.

The hosts were in the driver’s seat at the start of the day’s play but Ravindra Jadeja brilliant display with the ball followed by a fielding masterpiece put India right on track. Jasprit Bumrah also chipped in with two crucial wickets of Cameron Green and Tim Paine with the new ball to up the Aussies on the backfoot.

In pursuit of Australia’s first-innings total, Indian openers – Rohit Sharma and Shubman Gill got off to a steady start. Although the runs were hard to come by, they managed to keep their new-ball bowlers at bay. Gill, who is playing his 2nd Test, looked flawless until a diving catch by Cameron Green at the gully ended his stay in the middle.

The young boy from Punjab drove the ball, pulled in front of the wicket to dominate Australia’s pace trio to bring his first half-century in Test cricket. Reeling at 85 for two, losing two wickets quickly, Ajinkya Rahane and Cheteshwar Pujara closed the gates in the last one hour of play. They almost defended everything that came their way to end the day’s play at 96 for two.

A long day beckons India tomorrow as they will look to produce a monumental effort with the bat to take a first-innings lead. In a bid to do that, Ravindra Jadeja and Hanuma Vihari rushed to the nets soon after the day’s play ended in Sydney. While Vihari has failed to convert the starts, Jadeja looked solid in the only innings he batted in Melbourne.

The management will want big innings from Jadeja and Vihari as the visitors look to take an unassailable lead in the Border-Gavaskar Trophy.