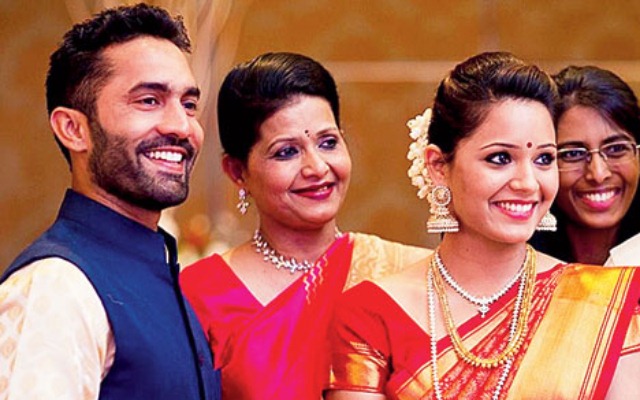 We often talk about the father-son duo like Yograj Singh and Yuvraj Singh and Sunil and Rohan Gavaskar. But how many knew about this unique combination.

We all've heard about Yuvraj-yograj Singh father son duo.
There is a unique son in law-mother in law duo in international cricket,
None other than our very own @DineshKarthik &Susan Itticieria.
Susan was a talented India women cricketer during 1970s,also mother to @DipikaPallikal pic.twitter.com/d2LfFDGcHP

Her last international game was in 1978 when India hosted Australia. Susan has also represented Tamil Nadu in the domestic circuit.

Meanwhile, Dinesh Karthik was last seen in action during the recently concluded Vijay Hazare Trophy where he plied his trade for Tamil Nadu.

He was not been retained by his former franchise Kolkata Knight Riders (KKR) in the IPL and will enter the IPL 2022 mega auction.

Karthik has praised fast bowler Prasidh Krishna saying he has a similar mindset to that of India offspinner Ravichandran Ashwin. Krishna made his India debut last year and has since taken nine wickets in four ODIs.

He has been added to India’s squad for the limited-overs series against West Indies and will wait for an opportunity in the absence of Jasprit Bumrah and Mohammed Shami.