Team India Opener Rohit Sharma and Cheteshwwar Pujara did not take the field on the final day as India beat England by 157 runs at The Oval to take a 2-1 lead. While Pujara twisted his left ankle while Rohit felt discomfort on his left knee after his 127-run knock in the second innings. India head to Manchester with injury concerns to two of their matchwinners. The fifth and final Test starts from September 10 and thus a couple of days might not be enough for Rohit to get match fit.

“Rohit Sharma and Cheteshwar Pujara will not take the field. Rohit has discomfort in his left knee while Pujara has pain in his left ankle. The BCCI Medical Team is assessing them,” BCCI wrote in a statement.

India have a pretty good bench strength to replace Rohit Sharma in the line-up. He is the second-highest run-getter in the series with 368 runs after Joe Root’s 568. In this article, we take a look at the three suitable replacements for Rohit Sharma in Manchester.

UPDATE – Rohit Sharma and Cheteshwar Pujara will not take the field. Rohit has discomfort in his left knee while Pujara has pain in his left ankle. The BCCI Medical Team is assessing them. #ENGvIND pic.twitter.com/ihMSUPR7Im

3 Players Who Can Replace Rohit Sharma In Manchester 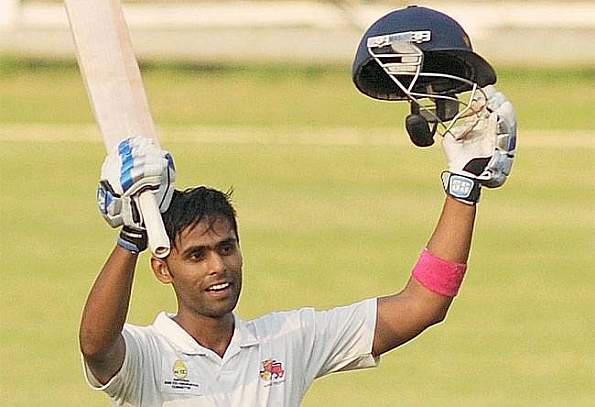 SKY made his limited-overs international debut for England against England earlier this year. He was then with the India squad which travelled to Sri Lanka The India cricketer is also close to sealing a spot in India’s T20 World Cup squad to b played in the UAE later this year.

Called in as a replacement in the squad, the middle-order batsmen is one of the three possible players who can replace him in the XI. Surya is a consistent scorer in domestic cricket for Mumbai and his exploits in the IPL for Mumbai Indians earned him his India cap.

Agarwal has also made the most of his opportunities when he has played for India. Along with Rohit Sharma and Ainkya Rahane he scored close to 900 runs in the first edition of the ICC World Test Championship. In his brief Test career, Mayank has shown great appetite for runs notching up two double hundreds already. He fell out of place for with the emergence of Shubman Gill but is back in contention again. He has played on Australia in the past and has a good technique to back his defence.

Hanuma Vihari is another player who can replace Rohit Sharma in the XI. He has opened in the past in his career and can give his captain another spin option in case the management does not play Ravichandran Ashwin in the XI.

Vihari made his debut against England in 2018 at The Oval and it will boost his confidence if he is included in the XI at Manchester. So far the right-hander has played 12 Tests scoring 624 runs including a century.

Vihari batted throughout the final day in Sydney to help India draw a Test match along with Ashwin. That remains one of his most noted performances till date for India.