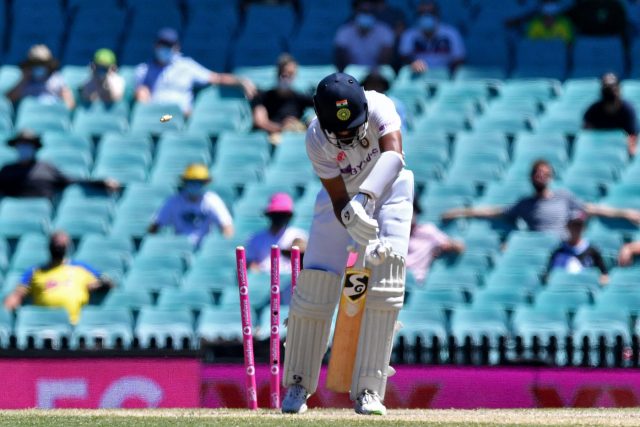 With almost a month and a half left for the five-match Test series against England, Team India is currently trying to fix the loose ends after the World Test Championship defeat.

The BCCI has already contacted the ECB seeking two four-day matches leading to the all-important red-ball series. The decision comes after Virat Kohli & Co struggled due to lack of match practices in English conditions against New Zealand.

However, there are more problems than only lack of game time. Cheteshwar Pujara, one of India’s vital cog in the red-ball format, has struggled owing to poor form which has kept the management on their toes. The batter from Saurashtra has gone without a century in 35 innings and there are chances that he can be shown doors in the first Test against England.

A report in TOI suggests that discussions are going on to promote captain Virat Kohli at No.3 and slot in KL Rahul and Hanuma Vihari in the middle-order.

Cheteshwar Pujara averages only 25.22 on overseas conditions in the recently concluded World Test Championship, which is significantly low as compared to Vihari (40.63) and all-rounder Ravindra Jadeja (36).

Mohammed Siraj likely to all five Tests against England

The young fast bowler from Hyderabad, who has had an impressive Test debut, was left out of the WTC final playing. The management copped a lot of criticisms for keeping out a genuine swing bowler.

As per reports, Virat Kohli & Co has taken a cue out of it and is likely to play Mohammed Siraj against England after a poor outing from the Indian fast bowlers in the WTC final.

Jasprit Bumrah looked completely out of form while Ishant Sharma has very little left to play all the matches after 14 years of Test cricket. Mohammed Shami, who was the pick of the bowlers, is the only seamer who can play all the games in the upcoming series, which gets underway on August 4.