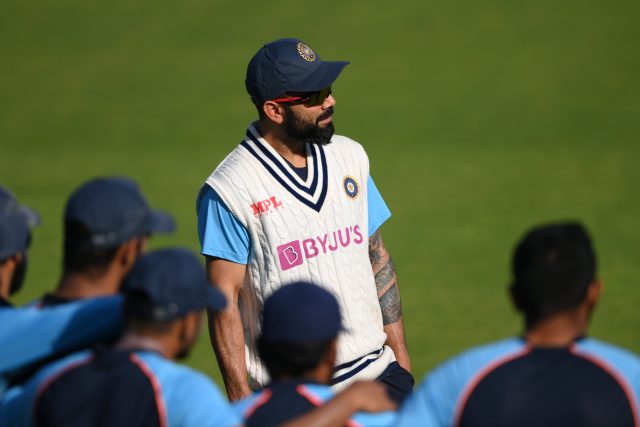 Team India cricketers have tested negative for COVID-19 on the eve of the fifth and final Test against England after physio tested positive for COVID-19 on Thursday morning. With the visitors ahead in the five-match series, the fifth Test is slated to commence on September 10 at the Old Trafford in Manchester.

Meanwhile, earlier today, Team India’s assistant physio Yogesh Parmar had tested positive for Covid-19. As a result, Virat Kohli & Co suspended their training on Thursday. However, in a good development, a report in ESPNCricinfo stated that all cricketers have returned negative.

Previously, during the fourth Test, Ravi Shastri, Bharat Arun, and R Sridhar had tested positive for Covid-19. That has prevented them from traveling to Manchester with the rest of the contingent.

Team India physio Nitin Patel, Arun, and Sridhar were identified as Shastri’s close contacts by BCCI’s medical team and were asked to isolate themselves. While the other three returned positive, Patel tested negative and joined the squad.

ECB wants India to give up the 5th Test, but Kohli & Rohit are learnt in clear terms to have conveyed that the Indian team would not give up the Test match.

The England and Wales Cricket Board have expressed their reservations in going ahead with the Test match due to COVID positive case in the Indian camp. Reports are that the two boards had a clash of opinion before a decision was reached, which was not conclusive.

However, Team India is keen to go ahead and play the fifth Test. Kohli and Rohit said that they have confirmed to the teammates that if the Test match is cancelled they should be allowed to win the series 2-1 or else they will play the fifth and final Test match risking the fear of COVID.

Earlier, the BCCI President Sourav Ganguly spoke to the media saying that he does not have a final verdict on whether the fifth Tet match will go on as per schedule.

“We don’t know if match will happen at the moment. Hopefully, we can get some game,” Ganguly was quoted as saying at the book launch of ‘Mission Domination’ in Kolkata on Thursday.