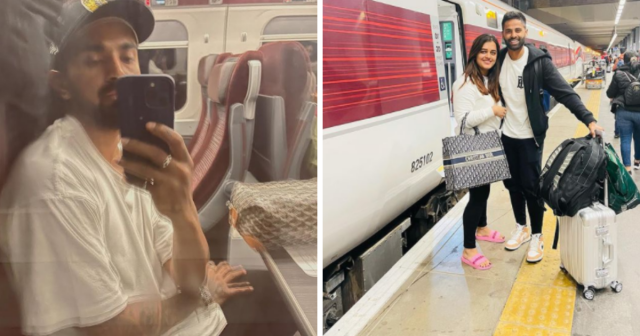 Team India have traveled to London via train where they are scheduled to play their fourth Test against England, starting September 2 (Thursday). Meanwhile, the five-match series is currently tied at 1-1 after England pulled off an emphatic victory at Headingley by an innings and 76 runs.

The cricketers shared a couple of pictures from their train journey to London. Team India opener KL Rahul posted a picture that was clicked while traveling on a train.

Along with KL Rahul, other India cricketers Umesh Yadav, and Mayank Agarwal also took to social media platform Instagram to update the fans about their journey. Hanuma Vihari’s wife also shared a loving image from their journey to London from Leeds.

Former India cricketer Maninder Singh believes India head coach Ravi Shastri needs to sit with struggling Ajinkya Rahane and remind him how good he is in the wake of his poor run in international cricket.

“I think there is going to be a lot of talk. Ravi Shastri is a good motivator and he has motivated this Indian team really well. That is why, probably, if you see their record since he has become coach, it has been pretty good.

“I would be expecting Ravi Shastri to be a little over-active. Ajinkya Rahane has played 80-odd Test matches. But Shastri can’t think that he has played 80 Tests so he knows his job,” Maninder said on ESPNCricinfo.

Ajinkya Rahane has managed to score only 95 runs from innings so far in the series, including a half-century at Lord’s. Rahane managed only 28 runs in the Headingley Test where India suffered an innings defeat.