Veteran Indian pacer Ishant Sharma is celebrating his 33rd birthday today. He is the first Indian pacer after Kapil Dev to play 100 Test matches for India. After playing at Lord’s and Headingley, Ishant was dropped for the fourth Test match which went underway at The Oval. India lost the toss and was asked to bat first. After a watchful start, India lost their openers once again inside the first hour of play.

Meanwhile, former Indian cricketer Yuvraj Singh has wished Ishant Sharma on his birthday by mimicking his voice. Since his retirement, Yuvraj has kept himself busy by engaging himself more on social media activities.

Yuvraj in an Instagram video which is now going viral. In the video, the 39-year-old can be seen speaking in Ishant’s voice. In the video, Yuvi also wishes Ishant on behalf of former pacer Zaheer Khan. Later, he wished him lots of wickets ahead in his career.

“Just joking lambu ! Many happy returns of the day. Lots of love and best wishes always! Hope you have a great test series @ishant.sharma29” wrote Yuvraj on his Instagram handle.

Meanwhile, Ishant before being dropped for the fourth Test took five wickets from two Test matches. Along with him, Mohammed Shami has also been rested for the game. Umesh Yadav and Shardul Thakur have been added into the XI.

The Indian skipper has backed his batsmen to come good in the remaining two Tests. The likes of Kohli, Rahane and Pujara have been going through a lean patch.

“It’s about getting together as batsmen. A few days left on this tour, the series is poised beautifully, and no shortage of effort, for sure,” he said at the toss. 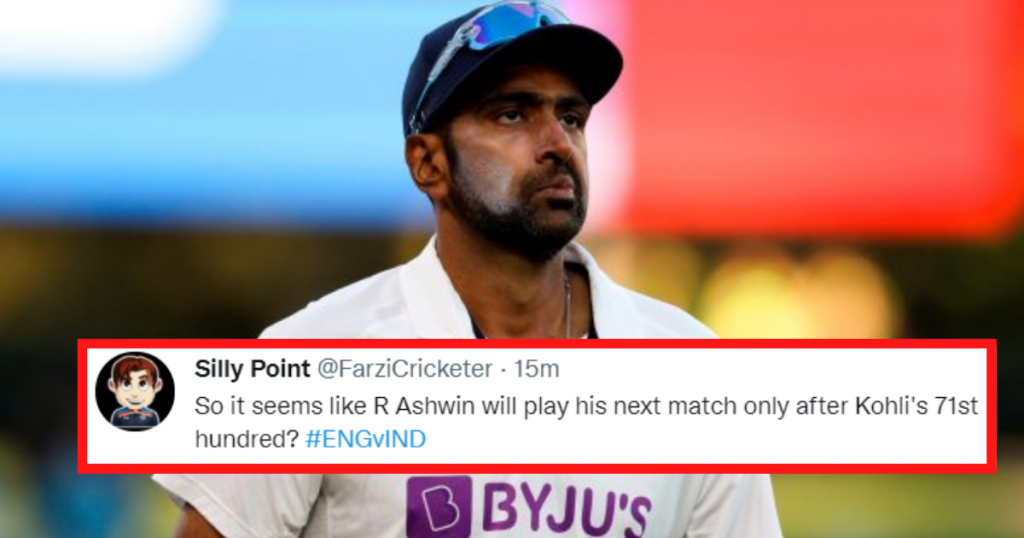 Meanwhile, the absence of Ravichandran Ashwin from the Indian playing XI has made Twitterverse target the Indian think tank and the thought behind keeping him benched for the first four tests despite him being the top-ranked Indian bowler in ICC Test rankings.