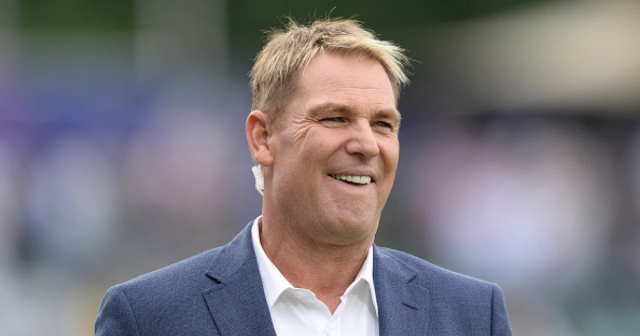 Ravichandran Ashwin was once again left out of the Indian playing XI at The Oval. India have been asked to bat first and are four down already with their openers once again dismissed early. Meanwhile, India have brought in Shardul Thakur and Umesh Yaav for this Test match in place of Ishant Sharma and Mohammed Shami. However, the exclusion of Ashwin grabbed the limelight at the start of play.

I Would Have Played Ravichandran Ashwin: Shane Warne

“Stubborn it is a terrific word Nasser used. I think it is exactly that. If you look at those two sides and England have got such a more well-balanced team that India do with that tail. I would have played Ashwin. It is going to turn here, you don’t pick a side just for the first innings, it will turn. Plus, he’s got five Test hundreds, you’re playing a batsman as well as someone who can bowl,” Warne said.

Warne had earlier tweeted about Ravichandran Ashwin’s exclusion from the Lord’s test saying dropping a spinner is not a good idea in any kind of pitch.

A spinner turning the game !!!! Surprise surprise, this is why you always play a spinner no matter what the conditions ! Remember you don’t pick a team just for the first innings. Spin to win @SkyCricket 👏🏻👏🏻👏🏻

“A spinner turning the game!!!! Surprise, surprise, this is why you always play a spinner no matter what the conditions! Remember you don’t pick a team just for the first innings. Spin to win,” Warne’s tweet read.

Meanwhile, Ravindra Jadeja, who is the specialist spinner in the lineup was promoted to number five taking Twitter by a surprise. He scored 10 off 34 balls adding a 30-run stand.

“For us, it’s about partnerships, we can’t focus too much on individuals. The opening partnerships have been good, it’s about getting more partnerships. We got a few days left on this tour, the series is poised nicely and there is going to be no shortage of effort from our side” said Kohli at the toss.