Home Feature ENG vs IND 2022: 3 Players Who Can Replace Virat Kohli If He Misses 1st ODI

Indian cricketer Virat Kohli has been going through a rough patch in his career. He has struggled to play impact innings over the last couple of years. Some former cricketers have raised questions about his place in Team India. To make things worse, the right-handed batter has suffered a groin injury.

As per reports, Virat Kohli suffered the injury during the third T20I against England on Sunday, July 10 at the Trent Bridge in Nottingham. This has put his participation in the first ODI match between India and England in jeopardy. The BCCI hasn’t released any official statement about Virat Kohli’s injury.

“Virat has a groin strain during last game. It can’t be confirmed whether it happened during fielding or while batting. He will probably miss first ODI tomorrow at Oval as the groin needs rest,” a BCCI source told PTI on condition of anonymity

In this article, we take a look at three players who can replace Virat Kohli if he misses the first ODI match against England.

Ishan Kishan was part of the Indian team for the T20I series against England. However, he only got to play the first T20I, which took place at The Rose Bowl in Southampton. Ishan scored just eight runs in the match and was dismissed while slog-sweeping Moeen Ali.

The wicket-keeper batter was dropped from the following two T20Is as the senior players returned to the squad. He does not have much experience in the ODIs, playing only three games. However, Ishan has been in good form in the T20Is this year.

If Virat Kohli misses out on the first ODI match against England, Ishan Kishan has a good chance of making it to the playing XI for India.

Indian batter Shreyas Iyer is another batter who can replace Virat Kohli in the Indian playing XI for the first ODI. On India’s tour of England 2022, Shreyas Iyer has so far played a Test and a T20I match. But, he has not been able to grab both opportunities.

In his latest outing, the right-handed batter managed just 28 runs off 23 deliveries in the third T20I. However, Shreyas Iyer has a brilliant record for India in ODI matches. He has scored 947 runs at an average of 41.17 and a strike rate of 96.04. His run tally includes a century and nine fifties.

Shreyas Iyer’s record in ODIs for India so far, makes him the front-runner to replace Virat Kohli, if the former India skipper misses the first ODI. 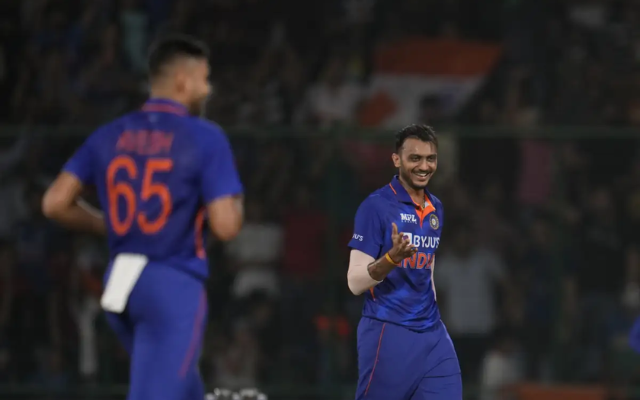 The Indian team might play Axar Patel if Virat Kohli is unavailable. However, it is very unlikely, as the team already boasts of two top-order batters. The Rohit Sharma-led team is likely to include Ravindra Jadeja and Hardik Pandya as the two all-rounders.

However, Axar Patel can be included in the team as an additional option, if Hardik is not fit to contribute with the ball. The bowling all-rounder has the experience of playing in 38 ODI matches for India. He has taken 45 wickets at an average of 31.31 and an economy rate of 4.43. Axar has also scored 181 runs with the bat in ODIs for India.