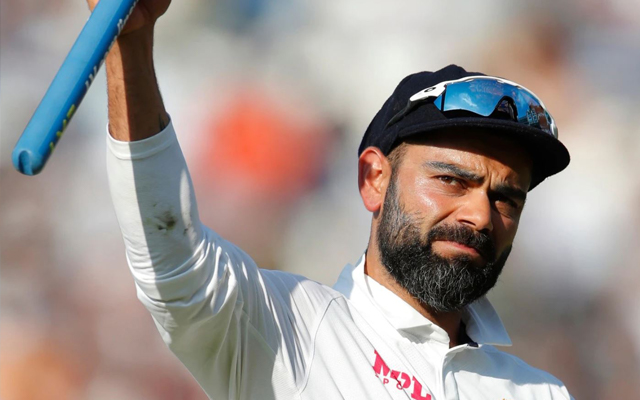 India skipper Rohit Sharma has tested positive for the covid-19 virus. With the fifth rescheduled Test match just a few days away, this is could be a major blow for the visitors. Rohit Sharma’s Rapid Antigen Test (RAT) came positive on Saturday, during the warm-up match against Leicestershire. He is currently in insolation, under the care of the BCCI medical team in England.

There has been no official statement from the Indian team about Rohit Sharma’s availability for the fifth Test match. As per some reports, opener Mayank Agarwal has been called up as his stand-by for the match. However, the Indian team will be in search of a leadership option, if Rohit Sharma fails to recover in time.

NEWS – Mayank Agarwal added to India’s Test squad as a cover for captain Rohit Sharma, who tested positive for COVID-19.

Many fans have expressed that former India captain Virat Kohli should once again take up the leadership role of the Indian team. On that note, let’s take a look at 3 reasons why Virat Kohli should lead India in the fifth Test against England if Rohit Sharma misses out.

3 Reasons why Virat Kohli should lead India in the fifth Test against England if Rohit Sharma misses out.

Virat Kohli has a terrific record for India in Test matches. He is India’s most successful Test captain ever. Out of 68 matches, Virat Kohli has 40 wins to his name, with a win percentage of 58.82. India has only lost 17 test matches under his leadership, with 11 ending in a draw.

The former Indian skipper also led the team at the top of the ICC Test rankings for five consecutive years. Under his leadership, India won several away test matches, including a historic series win against Australia in 2018-19.

Captaincy is also believed to bring the best out of Virat Kohli. He averages 54.80 in 68 Test matches, scoring over 5800 runs, including twenty centuries. Given his captaincy record, Virat Kohli leading India in the fifth Test match can prove to be a great decision.

Notably, Virat Kohli was India’s skipper in the first four Test matches last year in England. Under his leadership, India managed to take a lead of 2-1 in the five-match test series. The first test match of the series, which took place at the Trent Bridge in Nottingham, ended in a draw.

India pulled off a brilliant victory in the following Test match at Lord’s cricket ground. They defeated England by 151 runs to take a 1-0 lead in the series. In the third Test match, the Virat Kohli-led team failed to keep up the winning momentum. However, made a fantastic comeback in the fourth Test match, winning it by 157 runs at the Kennington Oval.

The fifth test was postponed due to the covid-19 outbreak in the Indian camp. It is all set to take place this year. However, India has been struck with a major blow, as the skipper Rohit Sharma has tested covid positive. With uncertainty over his availability, it will only be perfect if Virat Kohli finishes off the series under his captaincy.

#1 No experienced leader in the Indian team

The current Indian squad for the fifth test match against England lacks an experienced leader. KL Rahul, who is the regular vice-captain in the Test format has already been ruled out due to an injury. In his absence, the Indian team did not name any replacement for the vice-captaincy position.

Rishabh Pant has led the Indian team in the T20I format, however, his leadership skills in the red-ball format have not been tested yet. The senior players like Cheteshwar Pujara, Ravichandran Ashwin, and Ravindra Jadeja too do not have any experience of leading India in the Test format.

As Virat Kohli is the only player who has previously led India in Test matches, he should take up the responsibility in the all-important match against England.