Team India had a terrible performance in the third Test against England at Headingley, Leeds. Joe Root-led England won the match by an innings and 76 runs to level the series 1-1 with 2 matches remaining.

India’s worst performance was witnessed in the first innings when they got bowled out on 78. Meanwhile, with the amazing bowling unit, Virat Kohli would have expected a good performance. However, bowlers too failed as England batsmen posted humongous 432 runs on the board. Joe Root once again scored a century which has become a regular affair in the series.

Plenty for India to think in the next 2 Tests: should the batting combination change? Will India get an extra batsman in the XI? A fast bowling all-rounder+Ashwin? Some tough calls may be taken

Meanwhile, in India’s second innings they did an amazing job on Day 3. As India left Day 3 of the third Test against England at Headingley, Leeds in a strong position. As the Virat Kohli and co. was at the score of 215/2 and they were trailing by 139 runs. Also, Test Specialist Cheteshwar Pujara was batting at 91* and Indian captain Virat Kohli was at 45*. However, Day 4 was a nightmare for Virat Kohli and co. as Pujara got out on an overnight score of 91. Virat Kohli got out on 55 and then there was a major batting collapse. India went from 215 for 2 to 278 for 10, they lost 8 wickets for just 63 runs within 100 minutes on Day 4.

Here is what Indian captain Virat Kohli, England captain Joe Root and Player of the match Ollie Robinson said in the post-match presentation:-

Virat Kohli : It’s down to scoreboard pressure. We knew we were up against it when we were out for 80 and the opposition put up a big score. We put up crucial partnerships and saw the day through, but the pressure from the English bowlers was brillaint this morning and we didn’t respond well. Batting collapses can happen in this country, the pitch was good to bat on, but their discipline with the ball forced us to make a few mistakes, and it was difficult to deal with spells where we weren’t getting runs. We didn’t make good decisions as a batting side.

The pitch looked good to bat on, and when England batted it hadn’t changed much, so they had a lot more intent with the bat, made better decision. They were the deserving side to win to be honest. You could say that we don’t have enough batting depth, but the top order has to give enough runs to the lower middle order to step up. The lower order can’t bail the team out all the time. We don’t have much other than the batting in the second innings to take from this game in terms of positives. Playing another spinner would depend on the pitch and we’ll take a call later.

It depends on the moisture and how it will hold up for the five days. The pressure from the fourth seamer is important sometimes and sometimes we have to make sure taking only three seamers means that the spinners have to come in quickly. We need to correct our flaws quickly and we’ve done this before, and we look forward to the Oval Test.

Yesterday's resolve has been eviscerated in the face of some outstanding bowling this morning. Back to London at 1-1, then!

Joe Root : It was a fantastic and clinical performance from the bowlers. The two big lads put loads of pressure with three maidens, and we had a really good opportunity to take wickets and we took them ruthlessly. We know we are capable of performances like this, and we have the talent, that opening stand was fantastic too. We controlled and hung in with the new ball, and we reaped the rewards. Anderson churns out performances like that and that’s why he’s the GOAT of Test cricket. He’s very fit and sets an example for the other bowlers. 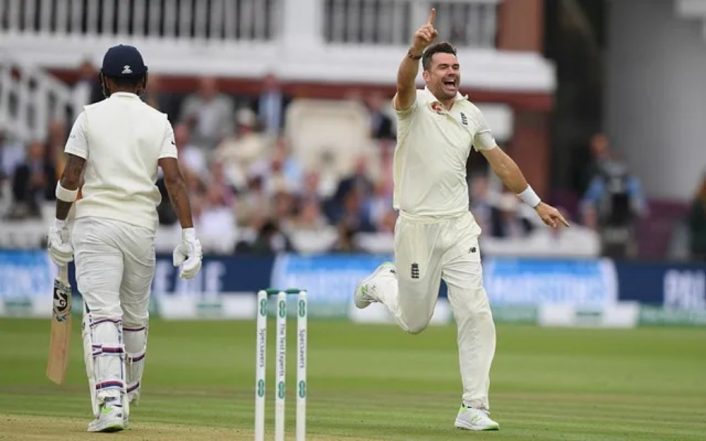 Dawid played beautifully and started a bit cautiously, but once he got going, he was fluent like he’d been playing the last few years, so the international experience came to the fore. As a batter, you are expected to go out and score every time and I am happy I’ve managed to score a few. It’s been a while since I got a hundred in my home ground and I hope we can carry this form forward as a team into the Oval. Robinson has been brilliant, and he’s asked good questions of their defence. He’s managed to move the ball throughout the innings, not just with the new ball.

Sam is a talented player, and he may not be at his absolute best, but he will do special things for England. He showed last time we played India that he could play wonderful knocks, take key wickets, so I’m not worried about him at all. He has a lot of character and he will get better sooner rather than later. Buttler’s availability will be known in the next few ays (paternity leave). As this is my home ground, I’ve watched a lot of cricket here, so I thank them for all the great support.

Ollie Robinson : It’s a dream, to be honest, to get a man of the match award in my first win for England. I enjoyed bowling here before, and it’s nice to use the conditions here, so I’m happy to get a five-for here. To bowl with Jimmy and learn from him is an honour. It has only improved my game. I keep learning and trying to be as good as possible. It’s nice to get Kohli, after he got me for two fours in the over – it’s a simple plan to Virat, fourth and fifth stump, get it to angle away, and hope he nicks it and he did.