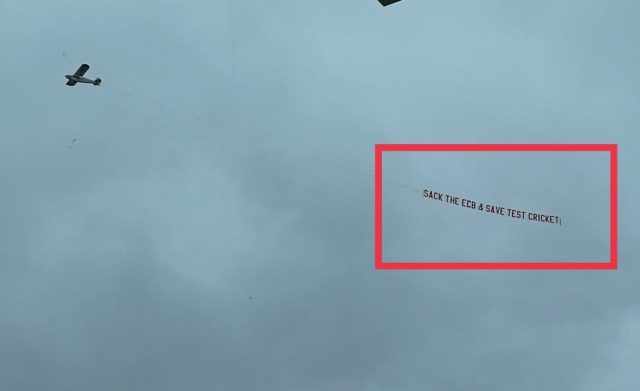 Team England has been dominating the third Test against India at Headingley, Leeds. As England’s bowling unit and batting unit have been doing a sensational job so far from the very first day of the match. Meanwhile, during the Day 3 of the Test match on Friday, an unwanted incident happened at Headingley, Leeds.

“Sack the ECB and save Test cricket,” the message read as the plane flew over the ground. Notably, this terrible incident for England and Wales Cricket Board (ECB) happened during 25th over of India’s second inning.

This just flew over the ground at Headingley: pic.twitter.com/mIGOV7f44p

KL Rahul had a disappointing run in Headingley, Leeds Test 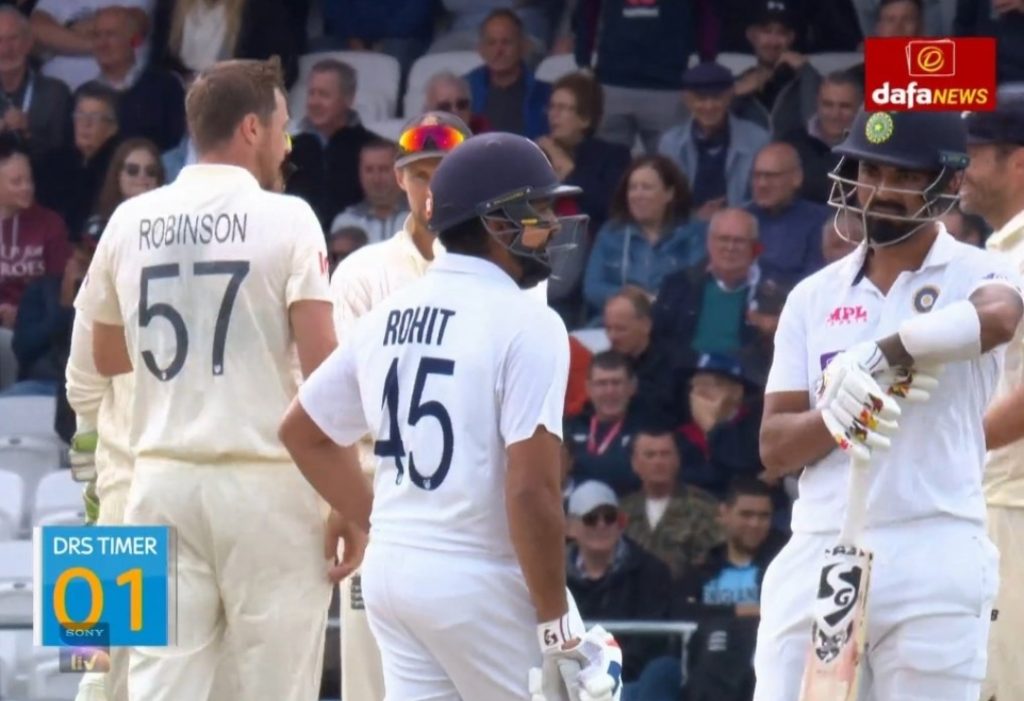 KL Rahul was entering the Headingley Test with a great form under his belt. As he scored a century at the Lord’s Test. However, he was unable to replicate the performance of the previous two Test games. Rahul was dismissed on the duck in the first over of the third Test by James Anderson. Also team India was bowled out at the score of just 78 in first innings, which was India’s 9th lowest Test total.

Meanwhile, in the second innings, Rahul looked very uncomfortable against the English pace battery. He even survived a close appeal with the help of Rohit Sharma’s review. However, he was unable to survive for a long time in pitch as Jonny Bairstow’s stunning catch sent him back to the pavilion. In the last ball of the 19th over of the inning, Craig Overton bowled a beautiful delivery which edged Rahul’s went and back. Bairstow who was standing in the 2nd slip did a great dive on his left side to complete the stunning catch.

However, Rohit Sharma who has been one of the most consistent players for India once again got a good start. Rohit Sharma scored an excellent half-century batting in tough conditions. Notably, Rohit Sharma (19) was also the highest run-getter in the first innings when India got out on 78.