After the conclusion of the limited over series against Sri Lanka, the England cricket team is all set to host Pakistan. The two teams will play a limited-overs series comprising of three one-day internationals and as many T20 internationals.

The series was dealt with a major blow when the England and Wales Cricket Board (ECB) announced that the England squad is in isolation after seven members tested positive for Covid 19 virus. The ECB, however, also said that the Pakistan series will go ahead as scheduled.

In the absence of Eoin Morgan, Ben Stokes will lead the new 18-member England squad.  The squad features as many as nine uncapped players. The young English brigade has a perfect chance to showcase their skills at the international level.

We have named a new 18-strong group for the Royal London Series against Pakistan.

Let us take a look at all the details of Pakistan’s tour of England, 2021:

Despite the Covid 19 outbreak in the England team, the ECB has decided to not tinker with the schedule and go ahead as planned.

Cardiff, London, and Birmingham will host the three one-day internationals. This will be followed by three T20 internationals at Nottingham, Leeds, and Manchester.

Here is the complete schedule: 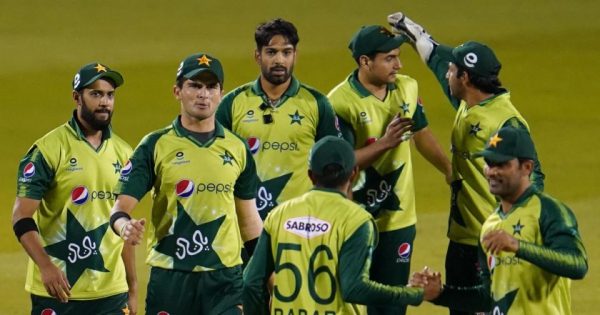 England is yet to announce their T20I squad.

The England vs Pakistan series, 2021 will be live on Sony Six and Sony Six HD. The fans can also the series live on Sony Liv platform.