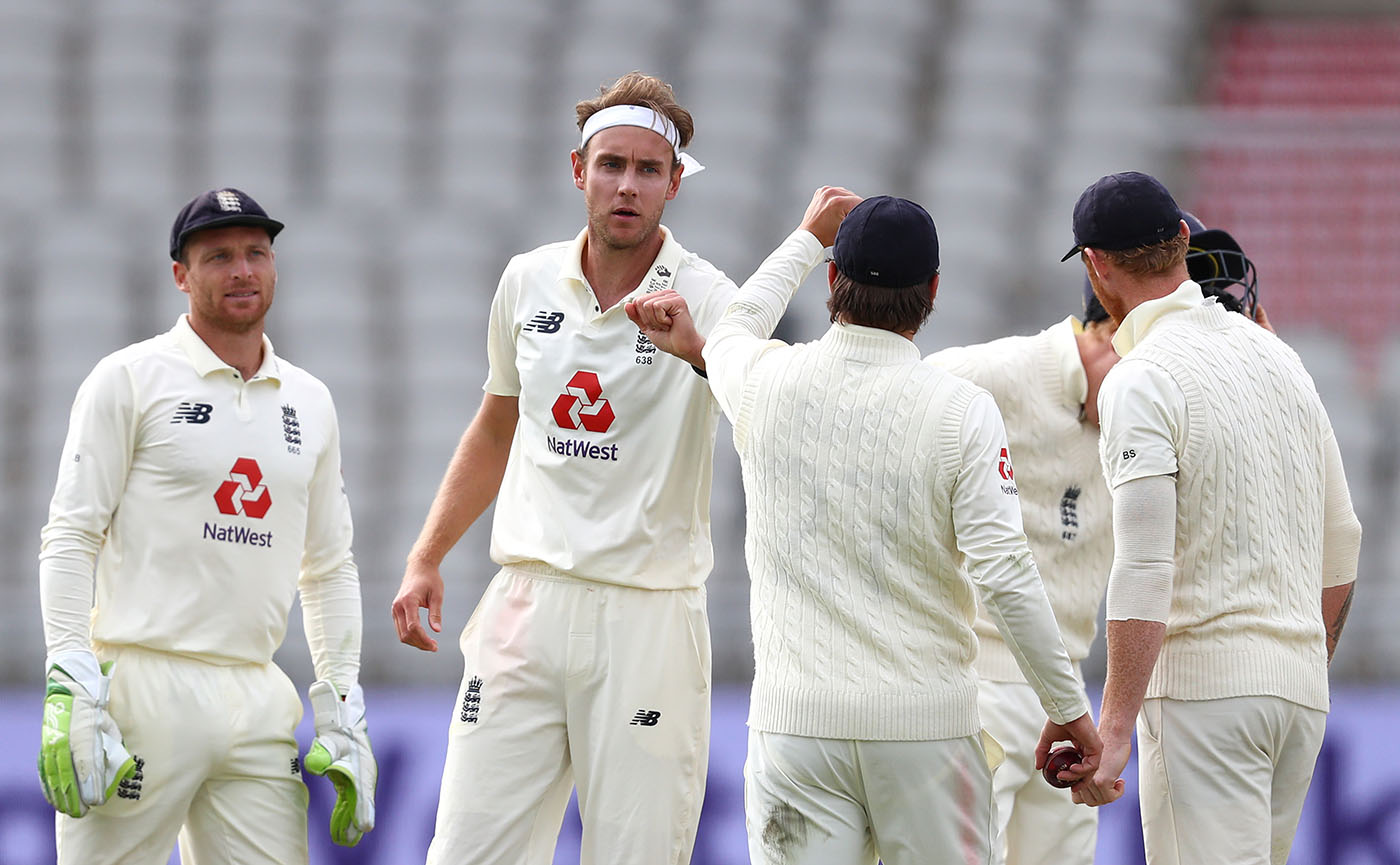 The fourth day of the second Test began after day three was completely washed out due to rain. The forecast predicted no rain for the day as we were up for a full day’s play. West Indies batsmen Alzarri Joseph and Kraigg Brathwaite resumed the innings at 32 for one.

Joseph looked in good touch with the bat as he hit some boundaries early on in the innings. Brathwaite was going slow but Joseph was playing his shots quite well to keep the scoreboard ticking. His solid front defence and drives surprised many in the commentary box.

Just a few overs into the start of the first session, Ben Stokes dropped Joseph at 2nd slip. Though his innings didn’t last long as Dom Bess took just two deliveries to dismiss him caught at short leg. In walked Shai Hope, who has had a string of low scores since a long while. Hope started off slow but built a steady partnership of 53 with Braithwaite until he nicked one behind off Sam Curran to wicket-keeper Jos Buttler. 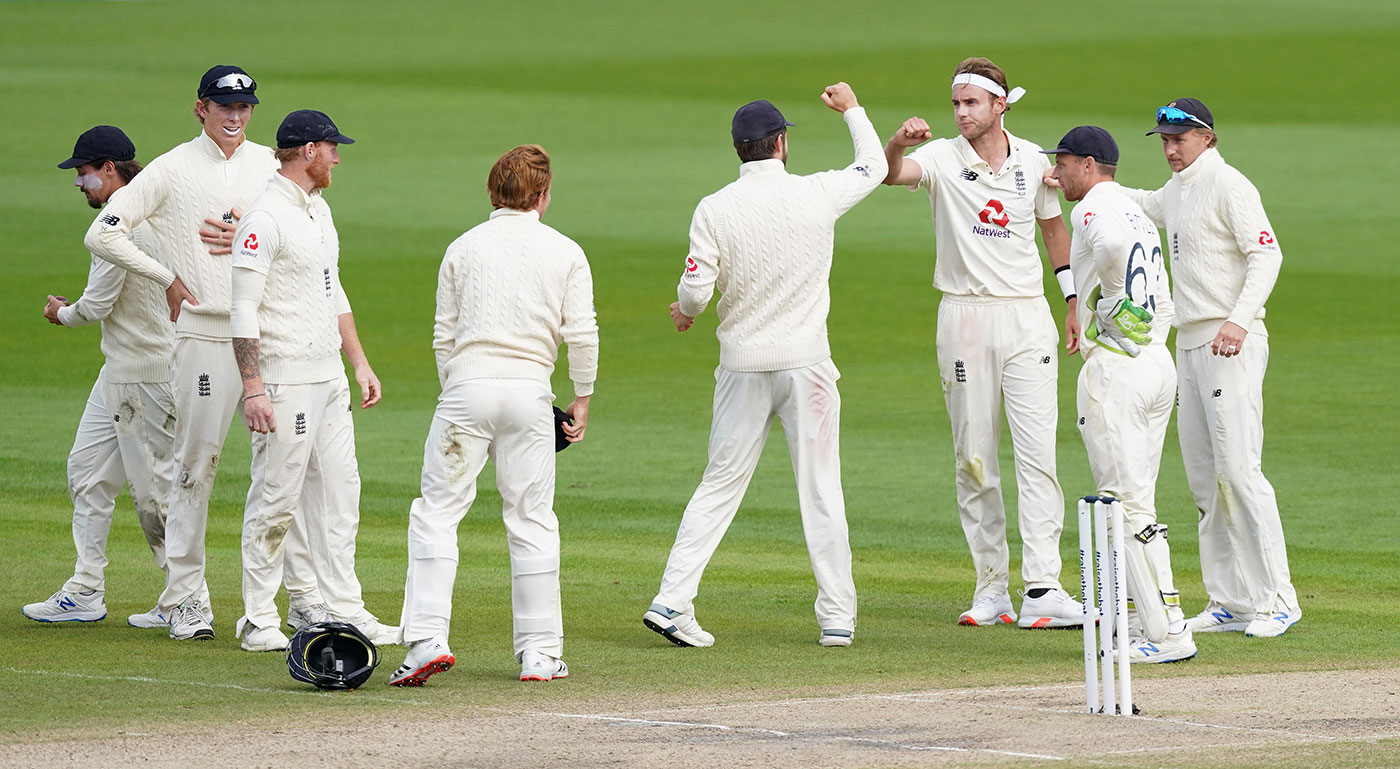 Shamarah Brooks made his way out in the middle to partner Kraigg Braithwaite. Both looked very sound and comfortable facing the England pacers as they put up a partnership of 76 runs. Root then brought vice-captain Ben Stokes into the attack, who soon provided a breakthrough. Braithwaite, who tried flicking one down the leg side only to find Buttler’s gloves.

West Indies’s show stopper Roston Chase walked in next. Putting up a partnership of 43 runs with Brooks both tried to tackle down the England bowlers. The partnership didn’t stand long as West Indies lost the wickets of Brooks, Jermaine Blackwood, Shane Dowrich and Holder in quick succession to Stuart Broad. What looked like the West Indies would bat all day was suddenly was looking very dull. Soon Chase was also dismissed for 51 and England bundled out the visitors for 287 runs managing a crucial first-innings lead. 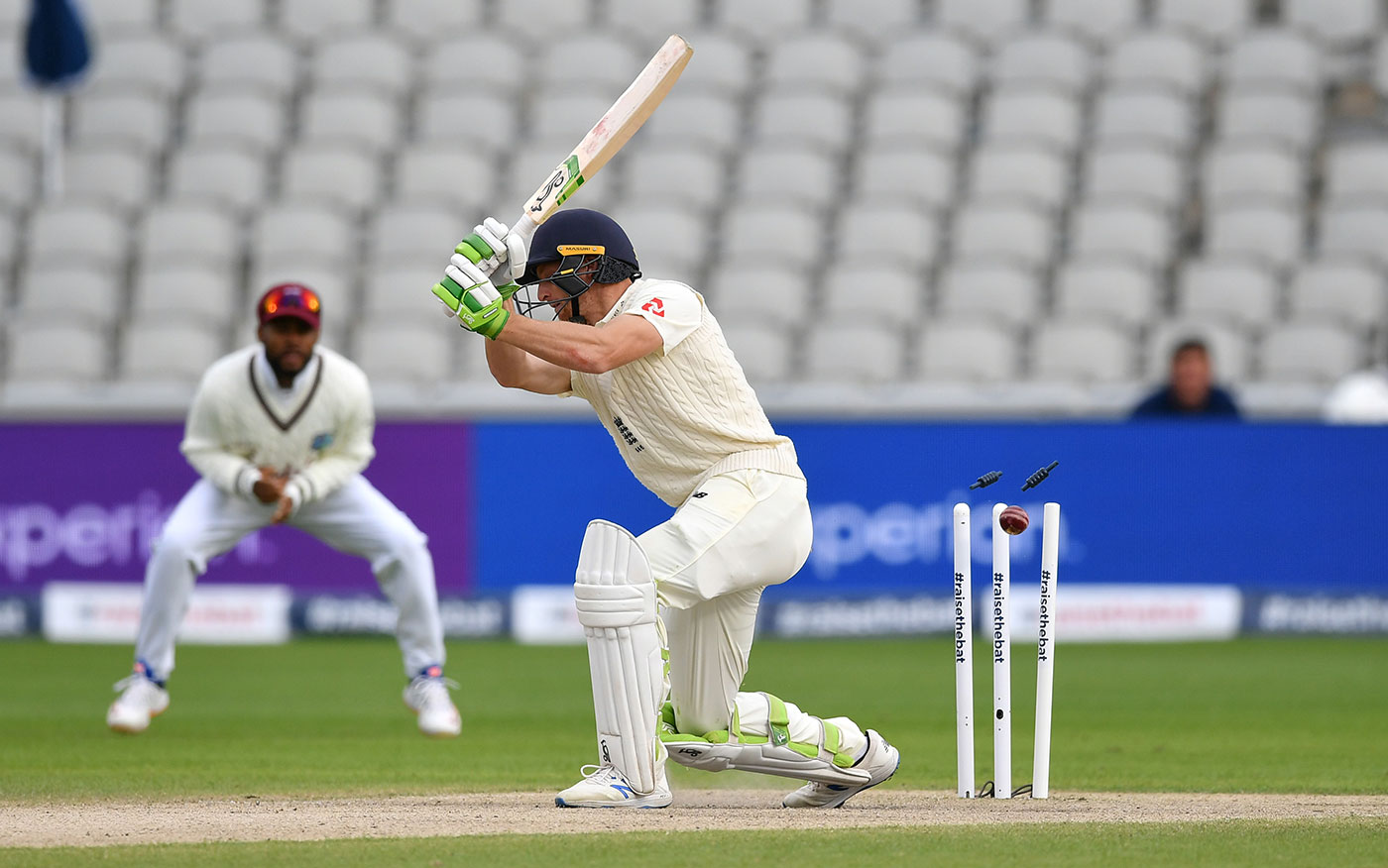 Meanwhile, we were up for a shocker as England opened the 2nd innings with Ben Stokes and Jos Buttler instead of their usual openers. The gamble failed miserably as Buttler was dismissed on zero on the very third ball he faced. England looked in a spot of bother as they were 1 for one with about 8 overs to go.

Their new number three Zack Crawley walked in but had a very short stay as he was soon cleaned up by Kemar Roach for 15. Unsure of England’s intention behind the gamble, Joe Root walked in to support his deputy Ben Stokes. They both managed to stick in till the end of the day as umpires called stumps on day 4.