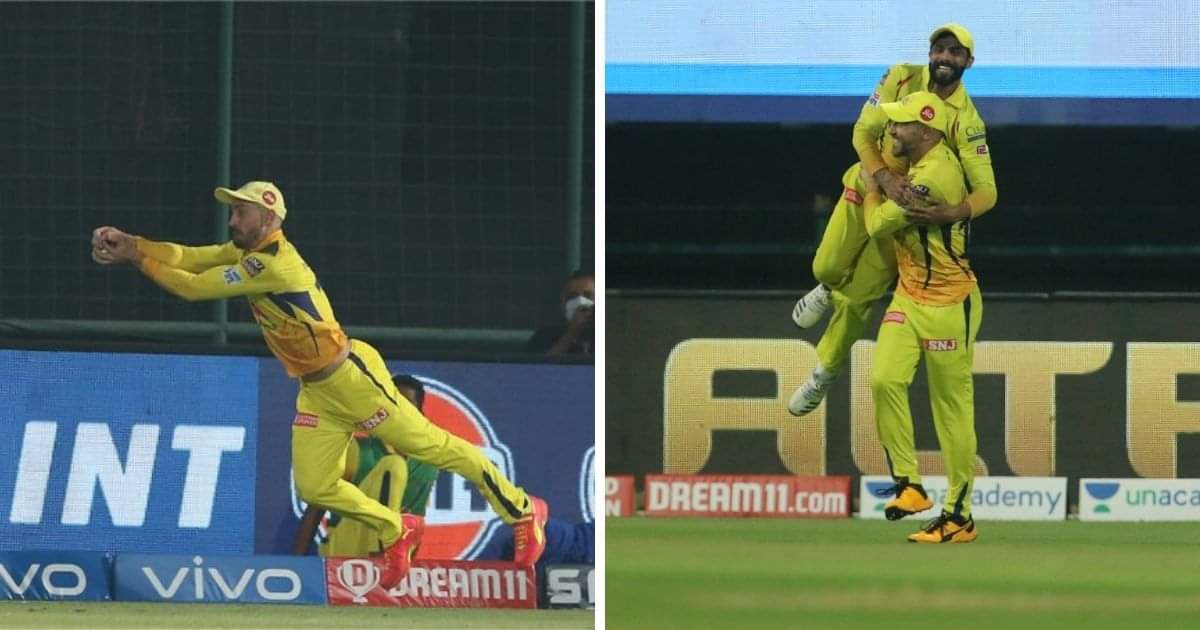 The Chennai Super Kings are blessed to have gun fielders like Ravindra Jadeja and Faf du Plessis. Time and time again they show their worth in the field by taking spectacular catches.

Today in the ongoing CSK and SRH, Faf du Plessis took a screamer at the boundary to remove a well-set Manish Pandey. Du Plessis timed his sensational dive to perfection and kept his balance to take a stunning catch.

Faf du Plessis Takes A Spectacular Catch At The Boundary

In the 19th over when Pandey was trying to hit a six over mid-wicket but was unable to get elevation. Unfortunately for him Du Plessis was fielding at the fence and took yet another special catch in his IPL career.

The ball kept going away from Faf du Plessis but he was always going for the catch. He dived to his right and grabbed the ball which had gone past him.

It was an important catch as Pandey was looking to accelerate and take his side to a competitive total. He scored a fine half-century and was dismissed by an outrageous catch from du Plessis.

Meanwhile, Sunrisers Hyderabad has made 171 runs against Chennai Super Kings. Manish Pandey top-scored with 61 from 46 balls whereas skipper David Warner struggled but still managed to make 57 from 55 balls.

During the end, a cameo from Kane Williamson and Kedar Jhadav helped SRH reach a competitive total. They desperately need a win against CSK as they have only won 1 match out of 5 in IPL 2021.