India vs Pakistan has always been one of the most sought-after rivalries in world cricket. The two teams will once again lock horns in the upcoming ICC T20 World Cup in UAE. While the dates aren’t out yet, as per reports India will play against its neighbors on October 24.

Pakistan pacer Hasan Ali, while speaking to the media, stated that his team isn’t thinking about the match against India but is rather focusing on the Test series against West Indies.

“We’re not looking forward to the India match right now at all, to be honest with you. That’s still very far away. My focus is just on these two Tests right now. Winning away to a side with such firepower that they can hurt you anytime is great. A win is a win and we’re very happy with the series victory in the West Indies,” Hasan Ali said.

Pakistan team is currently on a tour to West Indies. They won the four-match T20I series 1-0 as three matches were abandoned due to rain. Hasan Ali expressed disappointment in not being able to play the three matches.

“We’re all disappointed because we wanted to play. Even when it was raining we were all raring to go. But the weather is not in our control. Of course, the disappointment is we couldn’t prepare properly away to a champion side,” said Hasan Ali.

Looking forward to the Tests against West Indies: Hasan Ali 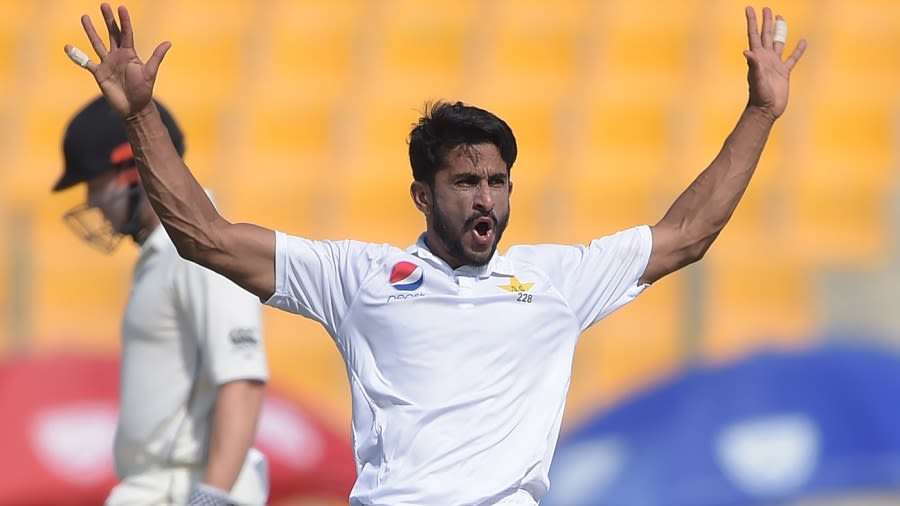 Pakistan will play two test matches against West Indies at Sabina Park, Kingston, Jamaica, starting from August 12. Head-to-head, Pakistan has a slight hand over West Indies in test matches. They have a winning percentage of 38.46, having won 20 out of the 52 test matches played.

Right-arm pacer, Hasan Ali said that the Pakistan team is a balanced side and is looking forward to the test matches.

“We’re looking forward to the Tests; we have a few days to get used to the red ball. I’ll try to capitalize on my form and the rhythm I’ve got going for now. Our team is very balanced. We have plenty of spinners with Yasir coming back, and in dry conditions like these, that’s very useful. Then we also have Shaheen, Naseem, Abbas, and myself. We’ve won the last two Test series and we’re looking to continue that and get the WTC off in victorious fashion,” Hasan Ali signed off.