Hardik Pandya was undoubtedly the most valuable player for team India in the white ball series against Australia. Before the series, a lot of experts believed that if Pandya is unable to contribute with the ball he should not feature in the playing XI. Now a report of TOI suggests that even the India selectors weren’t convinced about picking Hardik Pandya for the ODI and T20I series against Australia.

Hardik Pandya Was Almost Not Picked For Australia – Reports

The national selection committee led by Sunil Joshi was apprehensive about picking Pandya as he wasn’t bowling. Selectors made a last-minute decision and included Pandya based on the kind of batting form he showed in IPL 2020. Pandya was unlikely to go to Australia but eventually, the selectors made a bold decision and picked him as a pure batsman.

“The selectors, at least some, believed he can’t go because he can’t bowl. It was a surprise they didn’t see the kind of batting form he was in. It took some convincing to have Pandya included because if it was left to certain individuals, he was unlikely to go,” sources told Times Of India.

“These are the kind of decisions that show if one is capable of looking at the bigger picture. Right now, whether he can bowl or not, Hardik is indispensable in the white-ball format. Between now and the T20 World Cup, these kinds of selection decisions will be very crucial”, the source added.

Meanwhile, Hardik Pandya only bowled 4 overs in the 6 matches that he played on the Australian tour. Pandya looked in trouble after bowling those overs and was spotted holding his lower back. After that, the all-rounder stayed away from bowling overs and only contributed with the bat for India.

T. Natarajan Was Only Picked As A Net Bowler

Also, Natarajan who emerged as the biggest positive from the series against Australia was never in the scheme of things of the selectors. The left-arm fast bowler was sent to Australia only as a net bowler to gain some experience.

It was only when Navdeep Saini injured himself in the ODI series, Natarajan was picked in the Indian side. T Natarajan impressed everyone in the nets with his skill to bowl yorkers at will that made him play the final ODI and entire T20I series against Australia.

“But Natarajan’s ability to bowl yorkers at will was so astonishing that there is no doubt he should’ve been part of the T20 squad. Not just a net bowler. In the end, he got what he was deserving of,” said the source as quoted by TOI. 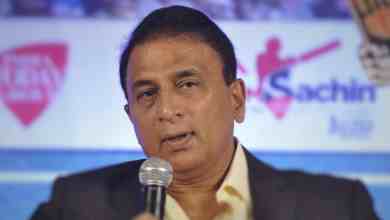