Ever since Zaheer Khan bid adieu to international cricket, the Indian side has been in search of a quality left-arm seamer but failed to find the apt player with the right qualities. The men in blue have managed to find one of the World’s best seamers in the form of Jasprit Bumrah, Mohammed Shami and Bhuvaneshwar Kumar but when it comes to left-hand bowling option, the Indian side has tried and tested few which really didn’t click at the highest level which is required in International cricket.

When we talk about left-handed bowling, the first thing that comes to our mind is the angle the bowler brings in which at times poses a threat to the batsman. It’s the sort of angle that a right-hander fails to generate which is why a left-hander in the side is always a valuable asset for the captain.

With the T20 World Cup approaching in 2021, India will be looking to feature a left-handed bowling option in their squad. There are a few left-handers that have been going rounds in the IPL, which is why there is an almost certain possibility that India might choose to feature one of them in their squad for the upcoming T20 World Cup.

Today we take a look at five left-handed bowling options the Indian side can look to feature in their squad for the T20 World Cup. 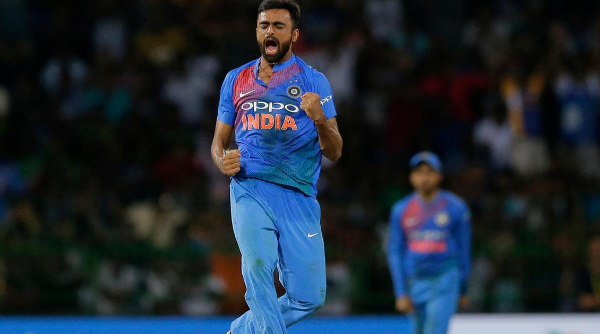 The left-arm pace bowler from Saurashtra is known for being the million dollar man in the IPL and has had his fair share chances for the Indian side but hasn’t really made the impact of what is expected of him. In the IPL, playing for the Rajasthan Royals again hasn’t been able to put forward those necessary performances which would grant him an opportunity in the Indian side.

In all this we tend to miss out the performances he has been giving for his stateside, he won the Ranji Trophy captaining the side and was also the highest wicket-taker last season but time and again his poor show in the IPL overshadows his extraordinary bowling performance in the domestic tournaments.

Also Read: You Deserve Man of the Series From My Side: Hardik Pandya to Natarajan