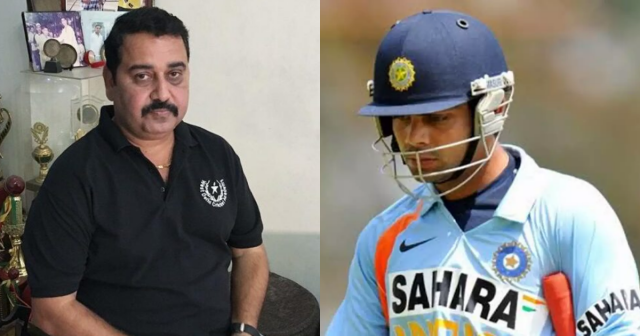 The top order of the current Indian team is stacked with superstars, and there isn’t much room for a newcomer like Ruturaj Gaikwad to break into the playing XI as an opener. Virat Kohli’s childhood coach Rajkumar Sharma was asked about the same on the Khelneeti podcast.

Rajkumar said that Ruturaj should wait for his opportunity to arrive. He was not in favour of playing the CSK opener in the middle-order for the Indian team.

“Rohit Sharma, Virat Kohli, Shikhar Dhawan and KL Rahul are fighting for three slots. I don’t think Ruturaj should be moved to the middle-order. He will have to wait for his chances,” he said.

However, he emphasised that it also depends on the player’s flexibility, citing Virat Kohli’s career as an example. Rajkumar recalled how the team management once gave Virat Kohli the option of either opening the innings or batting at number 7, during his early days.

“I remember when Virat debuted in Sri Lanka, Virender Sehwag got unfit. He [Virat] was told to either open or bat at 7,” said Rajkumar.

During the tour to Sri Lanka in 2008, The Indian team needed an opener because Virender Sehwag had sustained an injury. The 19-year old Kohli had then agreed to open the innings although, during his domestic cricket days, he was a middle-order bat.

IPL 2021 Orange Cap winner, Ruturaj Gaikwad was a member of the ODI squad for the recently concluded South Africa series. Gaikwad, however, was not given a chance in the Playing XI.

Now, Ruturaj is not in the T20 squad for the West Indies series, but he has been included for the ODIs. It is hard to comprehend this decision made by selectors since Ruturaj got the national call-up for his performances in the T20 cricket, but now he has been dropped from the same format at the international level.