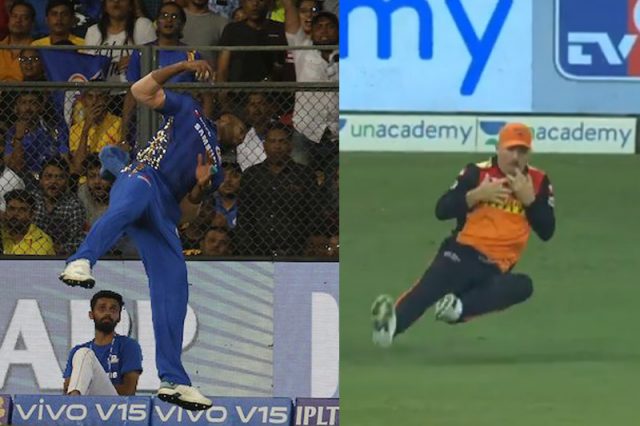 Former Sunrisers Hyderabad captain has shared a hilarious take on who is a better boundary fielder between him and West Indies all-rounder Kieron Pollard.

David Warner responded to the poll by posting a cheeky comment. Warner replied, “He’s only 3 feet taller than me.”

In the second edition of the Global T20 Canada, the Winnipeg Hawks and the Vancouver Knights were tied in the finals and Winnipeg Hawks were declared as winners in the super over. Unfortunately, The 2020 edition of the league was postponed due to the covid-19 pandemic. They were planning to reschedule the tournament in 2021 in Malaysia during the June-July window. But due to the prevalent pandemic situation, it was called off.

David Warner to participate in the second phase of IPL 2021

The Indian Premier League 2021 season is all set to resume on September 19 in the United Arab Emirates. Sunrisers Hyderabad’s seasoned player David Warner will soon fly to the UAE to participate in the second phase of the tournament.

Earlier this year, Warner was removed from the Sunriser Hyderabad’s captaincy position after the franchises’ poor run in the first phase. Kane Williamson took over the reign. In terms of batting too, David Warner looked off-color. He averages 32.16 in seven matches played so far, but the concern is his strike rate of 110.28.

Recently, the opener confirmed his participation in the second phase of the Indian Premier League. The left-hander will be keen to turn the tide in his favor.