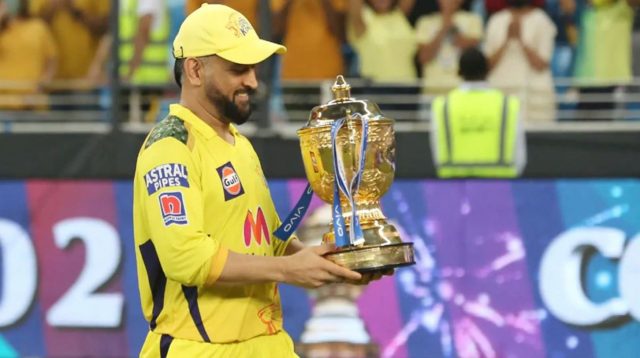 Batting first, CSK rode on to a superb batting display from their top-order to post 192 runs on the board. Kolkata got off to a flying start thanks to Venkatesh Iyer and Shubman Gill. However, the Super Kings bounced back to put things back in order for themselves. Shardul Thakur picked up three wickets while Josh Hazlewood and Ravindra Jadeja scalped two each to take CSK over the line.

“It’s very impressive because he has shown faith in the players. Look, you know the ability of the players and you also know that in this game of cricket, there will be days when a player doesn’t do well. He might be a brilliant fielder, but might drop catches and misfield. As a batsman, you could also get out to full-tosses. And also, for the bowlers, they may bowl the occasional bad ball which gets hit for sixes. But if you know as a captain a player’s capability, you allow them that bad day or a bad over and that is what Dhoni is so good.”

While MS Dhoni himself did not have the best of outings with the bat – IPL 2021 was statistically Dhoni’s worst as a batsman, scoring 114 runs from 16 games – Dhoni the captain was once again spot on. Sunil Gavaskar pointed out that his calm and composed approach has helped CSK massively.

“With him what happens is that he just doesn’t put any pressure on his own team. He just lets them express themselves. It is so true in MSD’s case. He doesn’t seem to interfere at all in anybody’s gameplan. Every individual has his own gameplan. And once the captain is convinced that is how it is, he is not going to interfere,” added Gavaskar.