The ICC T20 World Cup kicks off today in the UAE and Oman with the qualifiers. The Super 12 stage starts from October 23. India and Pakistan pace off each other on October 24 in Dubai. Ahead of the game #Boycott Pakistan is trending on Twitter as the Indian fans are asking the side to pull out from the contest and not play their arch-rivals.

Cricket in Pakistan has been very little in recent times with the country being jeopardised by terrorist activities. Teams are reluctant to play in Pakistan and the recent pull-outs of Englan and New Zealand from playing a bilateral series in Pakistan only highlights the political tension in the country.

Pakistan has been constantly fighting battles with India at the border and keeping this in mind the Indian fans, are asking the team to not play the contest and set an example.

Before the much-anticipated clash, Indians condemned the attacks led by a Pakistani terrorist group of the LeT on the Indian soldiers and have now demanded to ban Pakistan cricket as they cannot afford to play a match against a nation that plays host to terrorism.

Here are some of the interesting reactions on Twitter on #Boycott Pakistan.

Playing match doesn't mean any friendship….it is as well as fight with Pakistan…..like our army🇮🇳

#ban_pak_cricket
No need of cricket with terrorists country Pakistan
Our beloved India is more important than entertainment we don't want any relation with Pakistan.

India should not play any match with Pakistan which nurtures terrorists. I request BCCI that India cancel all its matches with Pakistan.#ban_pak_cricket

It's better to loose 3 points than playing with Murders of Indian soldiers and Indian minorities in Pakistan, Its no shame to not play but let's show the world we don't stand with Pakistan.#ban_pak_cricket #BCCI #PMOIndia pic.twitter.com/MYk2dXlMEQ 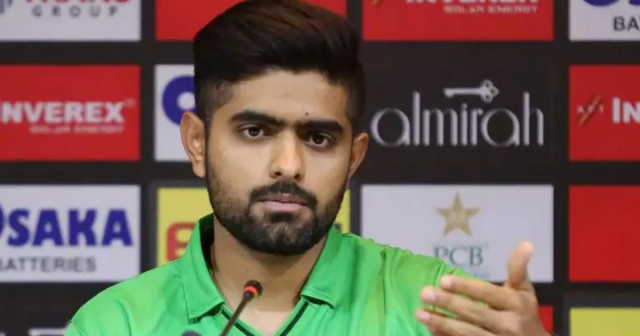 “I am very happy and proud to go to the T20 World Cup as a captain. We know the pressure and the high intensity of each game, especially the first one. Hopefully, we can win the match and carry the momentum forward.”

“We’ve been playing cricket in UAE for the past 3-4 years and we know the conditions really well. We know how the wicket will behave and the adjustments batters will have to make. On the day who plays the better cricket, wins the match. If you ask me, we will win,” Babar Azam added as stated by the ICC.