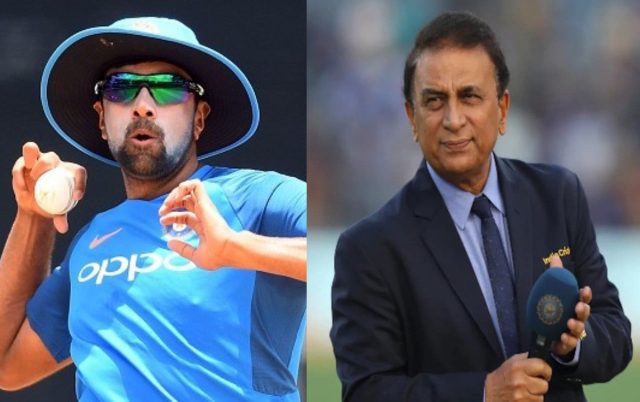 Former Indian skipper Sunil Gavaskar have made a big statement after Ravichandran Ashwin’s inclusion in India’s T20 World Cup squad. The off-spinner was chosen ahead of Yuizvendra Chahal and Kuldeep Yadav for the marquee tournament. Ashwin makes a return to India’s white-ball squad for the first time since 2017. he played his last T20I against West Indies in July 2017.

Talking to Sports Tak, Sunil Gavaskar spoke about Ravichandran Ashwin’s selection as a consolation prize for the management benching him from the first four Tests against England.

When asked about Ravichandran Ashwin’s inclusion in the squad, Gavaskar said ” Ashwin’s selection is good news for Indian cricket but whether he is included in the XI remains to be seen. He is chosen in the squad for the England test series but has not been given a game yet. Perhaps it is a consolation prize for Ashwin to make up for his disappointment of the Test series”.

The former Indian skipper also spoke on MS Dhoni being chosen as the mentor of the team for the marquee event.

” India won three ICC titles under MS Dhoni and if he stays within the Indian camp that the Indian team can reap the rewards of his presence,” said Gavaskar.

The former Indian skipper also kept his opinion on who should open with Rohit Sharma in the XI. He said that KL Rahul should ideally open with Rohit but in the England series, Virat Kohli opened with him and could follow the same pattern.

Virat might open with Rohit Sharma with Suryakumar Yadav coming in at number three, KL can come in at number four with Ishan Kishan, Rishabh Pant and Hardik Pandya at 5, 6, and 7. Thus the batting line-up looks well-settled ” said Gavaskar.