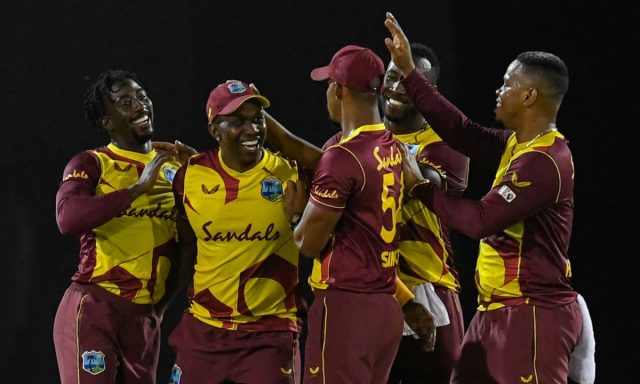 Match 35 of the ICC T20 World Cup 2021 will see West Indies lock horns with Sri Lanka on November 4 (Thursday) at the Sheikh Zayed Stadium in Abu Dhabi. While the Lankans are already out of the competitions, West Indies need to win both their games by a massive margin to give themselves an outside chance of making it to the semifinal.

Despite boasting some star-studded cricketers in their ranks, West Indies have not performed to their potential.  After two back-to-back losses against England and South Africa, they held their nerves against Bangladesh and sealed a 3-run victory in the final ball of the match. West Indies will hope to continue their winning run going against Sri Lanka.

On the other hand, Sri Lanka are already out of the tournament. They would want to finish their campaign with a win. In a must-win game, they lost to England by 26 runs on Monday to bow out of the ICC T20 World Cup.

Head coach Mickey Arthur was glowing in his praise for the squad’s young core and their bright future in the format and will look to strengthen it against West Indies.

The wicket is known to be a batters demon. Barring Pakistan’s 189/2 and Afghanistan’s 160/5 – both against Namibia – nothing has been defendable here in the Super 12s. Worse still, no other team batting first has got anywhere close to the 150-run mark.