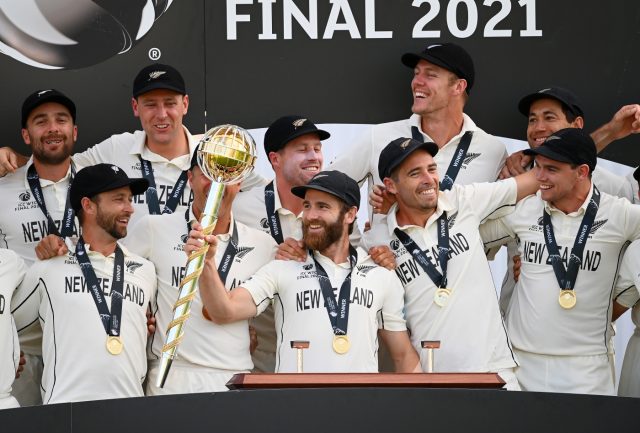 The second cycle of the ICC World Test Championship begins on August 4 (Wednesday) with India taking on England in a five-match Test series. New Zealand, who defeated India in the final in Southampton are the defending champions.

How many teams are competing in the ICC World Test Championship?

What is the new points system?

In 2021-23, the percentage of available points collected will once again determine the standings but the amount of points available per Test has been made uniform.

🔸 12 points available every match, irrespective of series length
🔸 Teams to be ranked on percentage of points won

The new points system for #WTC23 is revealed 🔢 pic.twitter.com/9IglLPKRa1

No matter the length of the series, each Test will now see 12 points awarded for a win, four for a draw and six for a tie. Hence, a five-Test series will have a total of 60 points available and a two-Test series a maximum of 24.

How many series each team will play in World Test Championship?

Each team will play six WTC series – three at home and three away. However, the number of match each team plays will not be same.

The series each team will play are outlined below: